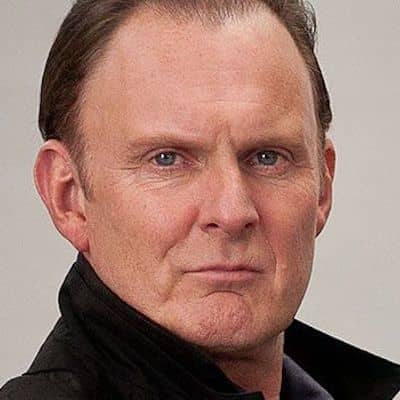 Robert Glenister at present is in a married relationship. He exchanged vows with his second wife Celia de Wolff who is a BBC Radio producer.

Their union led them to welcome their first child named Thomas Glenister (s0n) but their wedding details are unknown.

Before her, Robert was spending his conjugal life with Amanda Redman (actress). They wedded in the year 1984 but got a divorce in 1992.

This former couple also has a kid, a daughter Emily Glenister (b. July 1987).

Who is Robert Glenister?

Robert Glenister is a British actor. He is popular for showing his acting skills in Law & Order: UK, Hustle, Spooks, etc.

His upcoming TV show Sherwood as DI Kevin Salisbury is under the post-production stage.

His birthdate is 11 March 1960 and he was born in Watford, Hertfordshire, England as Robert Lewis Glenister. The name of his mother was Joan Fry Lewis plus his father was John Glenister (actor).

Robert’s ancestry is English and has a brother named Philip Glenister who is also an actor.

Regarding his academics, the details are behind the curtain.

Robert Glenister is a popular face of the entertainment industry as he was featured in TV plus movies. His first big-screen project was titled Birth of the Beatles in 1979.

His other films are,

Further, he is also noted for his TV roles. Robert was in Law & Order: UK as Narrator/DS Jimmy Valentine, Hustle as Ash Morgan, and Sink or Swim as Steve Webber. His other acting credits are,

As of 2021, he has an estimated net worth of around $1 million US. The per annum salary from his acting journey is under the rug.

This veteran screen artist is keeping himself away from rumors and scandals.

Robert Glenister’s height is 5 ft 10 inches and his body weight is average. In addition, his eyes are light brown and he has hair in light brown color.