Robert Hoffman calls himself an irreverent creator. Robert Hoffman is known for his appearance in the TV series Grey's Anatomy and The Night Shift.He is the winner of MTV Movie + TV Awards for Best Kiss in Step Up 2: The Streets.On 8th September 2019, Army of SASS BARRIE presented Robert's Master class at Safe Haven Studios.

Robert Hoffman is dating a woman with a woman with the IG username @lindy.glow. He shared a photo with his girlfriend.

When he was in the cast of Step Up 2: The Street, he met Briana Evigan. They were rumored to be dating. Many fans wish them to be together.

After that, around 2013, he was speculated to be dating Krystal Ellsworth. 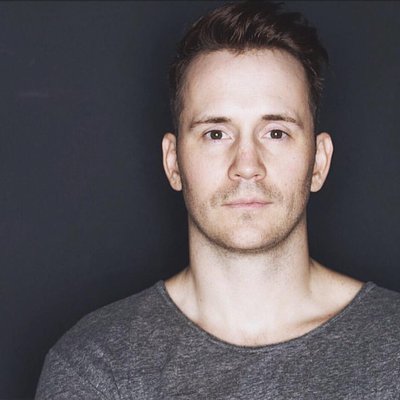 Who is Robert Hoffman?

Robert Hoffman is a professional American actor, dancer, and choreographer. He is known for his appearance in the TV series Grey’s Anatomy and The Night Shift.

He is the winner of MTV Movie + TV Awards for Best Kiss in Step Up 2: The Streets.

Robert James Hoffman III was born on 21st September 1980 in Gainesville, Florida, US. He is the son of Robert Hoffman II and Charlotte Hoffman and the family moved to Madison, Alabama when Robert was seven years old.

He has a younger brother, Chris, and two younger sisters, Ashley and Lauren. His ethnicity is a mix of German, Irish, English, and distant Luxembourgian.

Robert attended Bob Jones High School in Madison, Alabama. He became passionate about dancing after seeing Michael Jackson’s Thriller so he went to study in the Alabama School of Fine Arts in Birmingham, Alabama.

In the year 2003, Robert Hoffman appeared in From Justin to Kelly and Gigli. After that, from 2004 to 2007, he was cast in You Got Served, Dirty Dancing: Havana Nights, Coach Carter, Guess Who, She’s the Man and National Lampoon’s Bag Boy.

In the year 2003, he landed in the role of Brian Wilson in the American Dreams. After that, he became part of Quintuplets, Wild ‘n Out, America’s Next Top Model, Vanished, CSI: Miami, and others.

He also appeared in web series like The Jace Hall Show and The Legend of Neil.

Robert Hoffman has brown hair and eyes. He is 6 feet 2 inches tall and weighs around 75 kg.