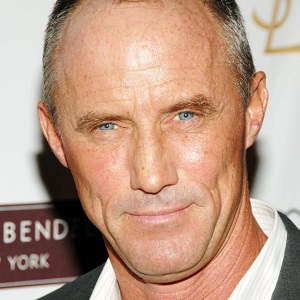 Talking about RoboCop 3 (1993)] Peter Weller really defined the character in terms of movement. But there's always room for reinterpretation.

Robert John Burke is a married man. He is married to Angelica Clark. But their exact date of marriage, their children and their current relationship status is still hidden from the social media.

Who is Robert John Burke?

He was born on September 12, 1960, in Washington Heights, Manhattan, New York City, USA. Robert is currently 58 years old. He is the son of immigrants from Galway, Ireland. He has not provided information regarding his family, siblings, and childhood.

Robert holds American citizenship but his ethnicity is Irish.

He joined the Acting Conservatory at the State University of New York at Purchase. He holds a second-degree black belt in Matsubayashi, Shorin-Ryu Okinawa Karate and is a certified and active New York State firefighter.

He served as a NY State Certified Firefighter during 9/11 attack. He debuted his film industry as Levi Saunders in ‘The Chosen’ in 1981. Later, he played as Dave in ‘Nightmare Weekend’ in 1986.

He was a cast member in the film ‘Rescue Me’ and played the role of Bart Bass on The CW’s ‘Gossip Girl’. He made his appearance on the TV series ‘Kidnapped’ for NBC and was featured character on ABC’s series ‘Six Degrees’.

He portrayed the recurring roles on ‘Law & Order’ and ‘Law & Order: Special Victims Unit’. Robert played the character Miranda’s hookup on ‘Sex and the City’ in seasons four and five. He also appeared as Mr. Neck in the independent film ‘Speak’ in 2004.

His largets mainstream role to date is considered in ‘Robocop 3’ in which he replaced Peter Weller. He is also p[opular for being the regular performer in fellow Purchase alumnus in the films such as ‘The Unbelievable Truth’ in 1989, and in ‘Simple Men’ in 1992. He played a short role in the film ‘Flirt’ in 1995.

His other appearance includes in Richard Stanley’s film ‘Dust Devil’ in 1993, ‘No Such Thing’ in 2001, as Stephen King in ‘Thinner’ in 1996, in John Polson film ‘Hide and Seek’ in 2005, in Steven Spielberg film ‘Munich’, in George Clooney directed film ‘Good Night, and Good Luck’.

When he was in a break from his films in 2010, he was working as a volunteer firefighter in Long Island, NY.

He has been successful in keeping his personal information secret. He has not been involved in any rumor and controversy in his private life and in his professional career.

He has a height of 5 ft 11 inches and he weighs 69kg. Robert has got brown eyes and grey hair.