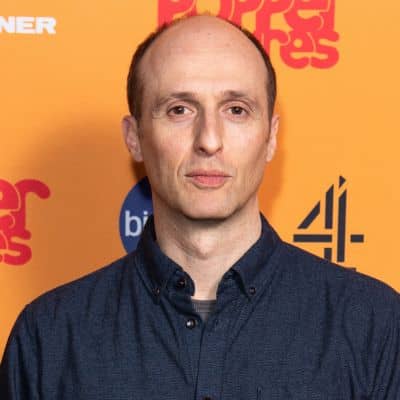 Is Robert Popper Single or Dating?

Robert Popper is possibly single and is not dating anyone. He has maintained his love relationship very privately so, there is no info revealed regarding it.

Who is Robert Popper?

He is well known to be the co-creator of the mock BBC documentary, ‘Look Around You’, and the creator of the sitcom, ‘Friday Night Dinner’ that aired on Channel 4.

Robert Popper was born in St.Marylebone, London, England on 23 November 1967. Popper is 54 years old as of 2022 and holds British nationality. He is of English ethnicity while Sagittarius is his birth zodiac sign according to the astrological chart. Robert Darren Popper is his full birth name.

Eve popper is his mother’s name but the detailed info regarding his father and mother is unknown.

Robert Popper started his early career by working for, ‘The Comic Strip’ under the guidance of Peter Richardson which aired on British television. Then, he wrote comedy puppets, Zig and Zag for the show, The Big Breakfast that aired on Channel 4. Playing the character of Michael Simon he debuted his comedian appearance on ‘The Eleven O’Clock Show.’

Likewise, he was assigned as a Commissioning Editor for Channel 4’s Entertainment and Comedy and worked on series such as Bo’Selecta!, Spaced, Bremner, Black Books, Comedy Lab, Bird and Fortune, and so on. Later, he resigned so that he could appear in the first series of ‘Look Around You’ in  2002 along with Peter Serafinowicz. – ‘Look Around You ‘ got in the nomination for BAFTA and British Comedy Award.

Again in 2005, he returned in the second series of ‘Look Around You’ writing along with Peter Serafinowicz. He served as a program consultant and co-writer for the TV sketch comedy, ‘The Peter Serafinowicz Show’ in 2007. He had produced the third and fourth series of ‘Peep Show’ that aired on Channel 4. He became script editor  for ‘The Inbetweeners’, ‘The IT Crowd’, and ‘Him & Her.’

By making collaboration with Serafinowicz, Popper produced, wrote, and performed a 30-minute podcast named, ‘The Other Side.’ Including, ‘Birds of Britain’, ‘Markets of Britain’, ‘Intermission’, and ‘Tarvuism’ they went to create a number of web videos on YouTube.

British Television sitcom, ‘Friday Night Dinner’ was created, written, and produced by Popper and aired on Channel 4. In 2018, he had co-written the first 3 episodes of ‘Stath Lets Flats’ along with the writer, Jamie Demetriou. In the 2004 film, ‘Shawn of the Dead’ he starred in a minor role, as a news reporter and acted in the movie, ‘Hot Fuzz in 2007  by Wright.

How much is the net worth of Robert Popper?

Robert Popper has an estimated net worth that ranges between 1 to 5 million USD. Though, the accurate salary and income of the Popper are under review.

Popper also has a self-titled youtube channel, Robert Popper which has garnered more than 3.58 K subscribers.

Robert Popper has not been indulged in any sorts of rumors and controversies to date as he is able to maintain a clean profile.

The body measurements of Robert Poppe including his height and weight are not disclosed yet.