Robert Rodriguez was married to the producer, Elizabeth Avellan. He met his ex-wife at the University of Texas in Austin in 1988 and they began dating in July 1990. In Troublemaker Studios, he and his wife also collaborated. He has five children from this marriage: Rocket, Racer, Rebel, Rogue, and Rhiannon. They parted in 2006, after 16 years of marriage.

Following his divorce from ex-wife Elizabeth, he began dating Rose McGowen, and there were reports of their engagement in 2008. However, those claims were debunked when they broke in 2009. 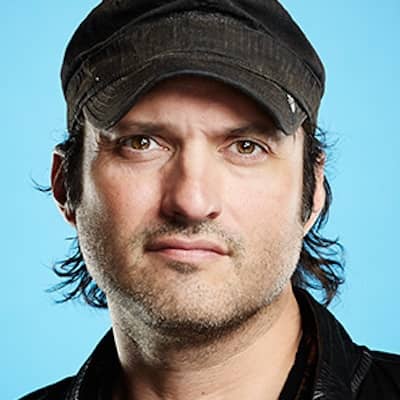 Who is Robert Rodriguez?

Robert Rodriguez is a popular visual effects supervisor and American filmmaker who shoots, edits, produces, and scores many of his films in Mexico and his home state of Texas.

Robert is known for directing From Dusk Till Dawn, EI Mariachi, and Once Upon a Time in Mexico.

In 2022 he worked in a Television series named The Book of Boba Fett. He has also announced that he would work as executive producer for the TV series Zorro and producer for Machete Kills in Space.

His full name is Robert Anthony Rodriguez, and he was born on June 20, 1968, in San Antonio, Texas, USA. He is of Mexican-American origin and has the nationality of the United States of America.

Because he was interested in movies from an early age, his father purchased one of the first VCRs that came with a camera.

Robert Rodriguez also attended St. Anthony High School Seminary in San Antonio where he used to take many videos of school, football games but he was soon fired.

In high school, he got to meet Carlos Gallardo and began to shoot Films on video throughout high school and college.

Robert went to the College of Communication at the University of Texas Austin where he got interested in the love of cartooning but due to his poor grades, he was not accepted.

He was also the owner of Los Hooligans who created a daily comic Strip. this comic was also published in the student newspaper The Daily Texan which ran for 3 years.

Bedhead was a 16mm short comedy directed by Robert Rodriguez and self-financed in 1991. Because of his success with Bedhead, Robert Rodriguez decided to become a human test subject for drugs in order to fund his next project. El Mariachi was a $7000 action show that was a smash at the Sundance Film Festival. Columbia Pictures later completed the post-production work and released the film in the United States.

Spy Kids was Robert’s big Hollywood break, first released in 2001 and subsequently developed into a series with two sequels.

Once Upon a Time in Mexico, the third Mariachi film was released in late 2003. The next year, Robert Rodriguez starts Troublemaker Studios, formerly known as Los Hooligans Productions.

In 2005, Rodriguez published The Adventures of Sharkboy and Lavagirl, a superhero child film. Planet Terror, a film he created and directed, was released in 2007. In 2010, he also produced the film Predators.

Spy Kids 2 was the first film made with digital filmmaking technology, which he learned from George Lucas. Robert is the owner of El Rey, a cable network for which he has produced television episodes since 2013.

Sin City has been his most major project since 2015, with the largest cast and the creator, Frank Miller, co-directing the picture. In order for Frank and Quentin Tarantino to co-direct the picture, Robert Rodriguez resigned from the Director’s Guild of America. As a result, later that year, he was sacked by John Carter and In the same year, he directed the picture 100 Years.

In 2017, Robert Rodriguez was recreating and directing Escape from New York alongside its original director, John Carpenter.

In 2020, Robert released the Netflix film We Can Be Heroes, which was a huge success, as well as a spin-off of the Mandalorian series called The Book Of Boba Fett. Rodriguez signed a two-year look agreement with HBO and HBO MAx in 2021.

Robert Rodriguez some of his awards are

In 2022, Robert Rodriguez’s net worth is estimated to reach $60 million. According to the source, his entire financial worth stems from his work. There is more work to be done on his income, salary, and property, as there is only minimal information available.

Robert Rodriguez is not involved in any controversies and rumors. But he has been on hot topics for:

Robert Rodriguez escorted Alexa Vega (Carmen Cortez in the Spy Kids series) down the hallway during her wedding to producer Sean Covel in October 2010.

During the SXSW festival in Austin, Texas, in March 2014, Rodriguez displayed his collection of authentic Frank Frazetta paintings.

Robert Rodriguez is well-known, having thousands of fans on his websites.

On Facebook, he has 638k admirers that adore and support him at all times. Similarly, he is a frequent Twitter user, having joined the site in May 2009 and currently having 332.9k followers with over 2k tweets.

Similarly, he is active on Instagram, where he has 278k followers.

Robert Rodriguez has published several posters from the set of his projects and albums on Instagram.

He also posted an image of his experiences with several of his co-stars. He just republished the streaming of The Book of Biba Fett, which will be aired on Disney Plus.