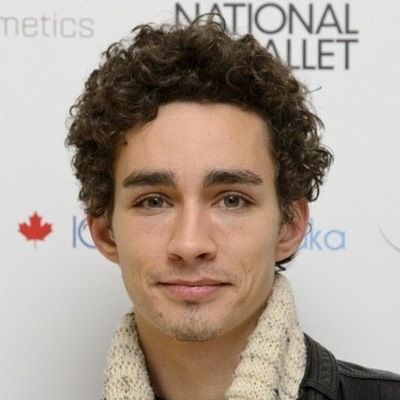 I think books, novels, and autobiographies have the power to touch people far more personally than films do, so there's a bit more of a responsibility when you then dramatize it.

If you see a gaggle of teenagers walking towards you, you tend not to make eye contact, because you know they're going to recognize you. You learn to adapt: 99.999 percent of people aren't looking to be harmful or unpleasant

they just want something, a photograph or an autograph.

I never aspired to be in a band, but being onstage is a very cool feeling. It's like you're the lord of the room. It's hard to croon and run around doing big scissor kicks while also trying to play, though. I'm still mastering that.

They met while shooting for the film Jet Trash in Goa, India. Soon after that, the couple was spotted together at numerous events.

But in 2018, Robert confirmed their break-up. As per now, he is possibly single.

Who is Robert Sheehan?

Robert Sheehan is an Irish actor who is known for his TV roles in ‘Misfits’ and ‘Love/Hate.’ He had a keen interest in music as a child and has always been artistically inclined. He also made his acting debut with the film ‘Song for a Raggy Boy.’

His stint as a series regular for his debut TV series ‘Foreign Exchange’ earned him repute in the industry.

With his remarkable performances in the series ‘Red Riding,’ ‘Misfits,’ ‘Love/Hate,’ and ‘The Borrowers,’ he climbed his way up to become one of the shining young stars of Hollywood.

Robert Sheehan was born in Portlaoise, County Laois, Ireland on  January 7, 1988. His birth name is Robert Michael Sheehan and he is currently 32 years old.

Thus, when he started showing interest in music, he was free to go as he wanted. He played a number of musical instruments in schools, such as the banjo and the bodhrán.

Having developed a keen artistic sensibility even before entering his teenage years, he started acting in school plays. He has two siblings namely, Brendan Sheehan and Shauna Sheehan.

Talking about Robert’s education history, he enrolled at the ‘Galway–Mayo Institute of Technology’ at the age of 17 but did not like the theoretical aspects of being an artist.

After failing in his first year at the institute, he dropped out.

Talking about his profession, during 2004, Robert Sheehan auditioned for a major role in the series ‘Foreign Exchange’ and bagged the role. This was the first major role of his career. He played a college kid with a sharp mind and appeared in all the episodes of the series, which ran for an entire season.

Then, he played the role of ‘King Louis XIV’ in the historical drama series ‘Young Blades.’ He became a series regular and gained immense popularity with the audiences. The combination of his innocent screen presence and remarkable acting talent was proving to be working in his favor.

Robert then did small stints for the series ‘The Clinic,’ and ‘Bel’s Boys’ among others, during the 2000s. His role as ‘Liam’ in the two-part comedy-drama ‘Bitter Sweet’ was particularly noteworthy and helped Robert in bagging the first breakthrough role of his career.

In March 2009, he appeared alongside renowned actors Sean Bean and Andrew Garfield in ‘Red Riding,’ a dark adaptation of the popular fairytale quartet written by David Peace. This got him further exposure.

Robert played a regular role in the series in its first two seasons. In the same year, Robert did a theatrical stint in ‘The Playboy of the Western World.’ In the year 2013, Robert played another leading role, in the film ‘City of Bones,’ which was a film adaptation of the 2007 novel of the same name.

The film was appreciated by critics and so was Robert’s performance as ‘Simon Lewis,’ a musician.

He has an estimated net worth of around $2 million (as per 2020 data) and he has earned that sum of money from his professional career. His acting career has helped him in gaining fame and fortune both.

There was a rumor about Robert is dating German actress Taylor Kranzle in the past. Currently, he is far from rumors and controversies.

Robert Sheehan has a height of 6 feet and a weight of 78 kg. His hair color is dark brown and his eyes color is green.

Also, read the affair, salary, the net worth, controversy, and the bio of Patrick Gibson, Kenneth Branagh, and Colin Farrell.