Actor Robert Wagner is married and a father of two.

Then, he married Marion Marshall on July 21, 1963, the couple has a daughter namely, Katie Wagner. But the marriage didn’t last long and they divorce on October 14, 1971.

Moreover, he was engaged to actor, singer, author, and producer Tina Sinatra for a while. Then, he remarried Natalie Wood on July 16, 1972, the couple has a daughter namely, Courtney Wagner. But the marriage lasted till his wife died. Lastly, he married Jill St. John on May 26, 1990. 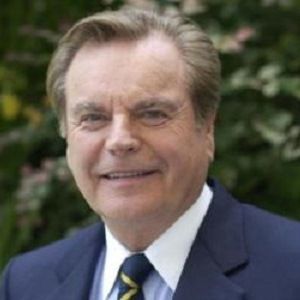 I should have realised our marriage could have gone on a bit longer if she had gone into therapy. Of course, there was work to do in our relationship, but I wanted her attention to be with me and I thought this was another thing that would take her away from me. I was wrong.

But when you are young you don't have that kind of perception. I wanted her to be with me. I wanted to be the one that could help her.

After the divorce, I had to work on myself. I was a very jealous person and I had to address that.

My wife was a Bond Girl, so I play James Bond in real life every day.

Who is Robert Wagner?

Robert is an American actor on stage, screen, and television.

Robert Wagner was born in Detroit, Michigan, the United States on February 10, 1930, age (89). He is the son of Robert John Wagner Sr. (father) and Hazel Alvera Wagner (mother). Additionally, his father served the ‘Ford Motor Company’ as a traveling salesman, and his mother was a telephone operator.

In fact, his family moved to Bel Air, California, in 1937 and settled close to the ‘Bel Air Country Club,’ where Wagner became a caddy for noted club members such as Alan Ladd and Fred Astaire. He shifted to Los Angeles when he was seven years along with his family.

He has a sibling namely, Mary Wagner. Whereas, he belongs to American nationality and mixed (German- Norwegian) ethnicity. His birth sign is Aquarius.

On talking about his education, he attended ‘Saint Monica Catholic High School’ and graduated in 1949.

He is also trained in military academies and The Harvard School when his family moved to Los Angeles.

On talking about his profession, he made his film debut with the small role of ‘Adams’ in the 1950 film ‘The Happy Years.’ He signed a contract with Hollywood talent agent Henry Willson and was eventually acquired by ‘20th Century Fox.’ The 1951 war film ‘Halls of Montezuma’ marked his first film with ‘20th Century Fox’ and his first credited screen role.

Whereas, he garnered considerable attention playing a GI paratrooper. Similarly, he bagged the lead role of ‘Willie Little’ in the 1952 ‘Technicolor’ biographical film ‘Stars and Stripes Forever.’

Similarly, he also garnered fame starring as ‘George Lytton’ in the critically and commercially successful American comedy ‘The Pink Panther’ (1963). Eventually, the film was listed at number 20 by the ‘American Film Institute’ on its list of ‘100 Years of Film Scores.’ Wagner reprised the role in the film’s 1983 sequel, ‘Curse of the Pink Panther.’

Besides that, he furthered his fame after returning to Hollywood with yet another notable film, the 1966 ‘Technicolor’ movie ‘Harper’ which emerged as a super hit. He also appeared as ‘Allan Taggert’ in the film, while Paul Newman essayed the titular role.

He was nominated for Golden Globe Awards for Best Performance by an Actor in a Television Series – Drama for Hart to Hart (1979), Best TV Actor – Drama for It Takes a Thief (1968).

He won the People’s Choice Award for Favorite Male Performer in a New TV Program. Additionally, he won the Copper Wing Tribute Award.

There is no information regarding his income, salary. Whereas, his net worth is estimated to be around $ 15 million according to the sources.

On talking about his body measurements, Robert has a height of 5 feet 11 inches. Additionally, his weight is unknown. Robert’s hair color is white and his eye color is grayish-green.

Also, read the affair, salary, the net worth, controversy, and the bio of Chris Santos, Holland Taylor, Chris O’Donnell

Peyton Clark
Tags : American Actor Hart to Hart Two and a Half Men

Maria Victoria Henao- lifestyle before and after her husband, drug mafia, Pablo Escobar. Updates on her children and CIA’s BTC Scam