Robert Webb’s relationship status at present is married. He met Abigail Burdess during a comedy show The Bleak Old Shop of Stuff and married her in the year 2006.

His wife is a comedian and has welcomed two children. They are now the parents of their two daughters.

Robert is a bisexual man and regarding this, he mentioned it in his memoir How Not to Be a Boy of 2017. 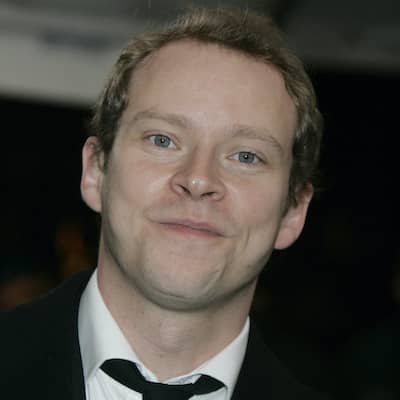 “The great thing about refusing to feel feelings is that, once you’ve denied them, you don’t have to take responsibility for them. Your feelings will be someone else’s problem – your mother’s problem, your girlfriend’s problem, your wife’s problem. If it has to come out at all, let it come out as anger. You’re allowed to be angry. It’s boyish and man-like to be angry.”

“One way of imagining life is that it’s a competition between love and death. Death always wins, of course, but love is there to make its victory a hollow one. That’s what love is for.”

“All my rage and fear welled up inside me, and expressed its self in biscuit form.”

Who is Robert Webb?

Recently, he competed in a dance competition show Strictly Come Dancing S19 with dancer Dianne Buswell. Here he withdrew from the show due to his heart condition.

His birthdate is 29 Sep 1972 and he was born in Boston, Lincolnshire, England as Robert Patrick Webb. The name of his mother and his father’s identity is not stated.

But they divorced in the year 1977. Further, Robert’s ancestry is Caucasian, and has two older brothers.

From his mother’s second marriage, he has a half-sister. As per his academics, he passed out from Queen Elizabeth’s Grammar School. Then he went to Robinson College.

He as himself appeared in Celebrity Catchphrase, The One Show, The Graham Norton Show, Pointless Celebrities, CBeebies Bedtime Story, Argumental, The Golden Rules of TV, etc.

Robert is also an actor who acted in several projects. Some of them are,

By 2022’s sources, he has an estimated net worth of $4 million. However, his yearly salary is not yet stated.

This comedy content writer is keeping himself away from scandals as well as rumors. But in the past, he was a heavy smoker for which he used hypnotism to quit. But this method failed later he practiced medication that helped him.

Robert Webb’s height is 5 ft 10 inches and his body weight is average. On top of that, he has light brown hair and has eyes in blue color.

Robert is officially present on social sites such as Instagram and Twitter with over 23k and 530k followers respectively.