Updated On November 15, 2022 | Published By: Leena
Share this
Divorce 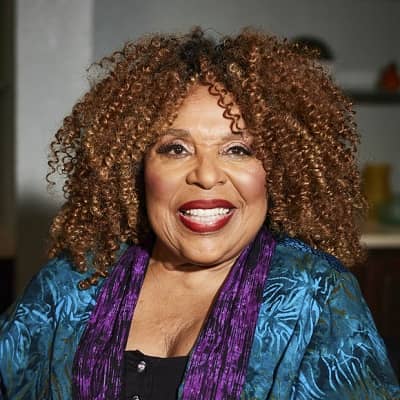 Women have to do twice the work of male rock singers such as The Rolling Stones. We have to sing, play instruments and get accustomed to walking out on stage in high heels. Never mind the pressures of your image. If something goes wrong on my stage in any way, from sound to style, nobody can blame a band member. It's Roberta Flack who gets the rap and looks bad! I'm the one on the bill alone, with no gang of boys or crew behind me.

What is the relationship of Roberta Flack?

Roberta Flack is possibly single. There is no information regarding her present relationships.

She was married to Steve Novosel in 1966 Bernard Wright, a prominent funk and jazz keyboardist, and producer, was born to the couple. Later, the couple divorced in 1972.

Also, it was known that Roberta was in a relationship with Earl Klugh.

Who is Roberta Flack?

Roberta Flack is a vocalist from the United States. Roberta Flack is known for her No. 1 singles “The First Time Ever I Saw Your Face”, “Killing Me Softly with His Song”, “Feel Like Makin’ Love”; and “Where Is the Love” and “The Closer I Get to You“, two of her many duets with Donny Hathaway.

Flack was the first artist to win the Grammy Award for Record of the Year twice in a row: in 1992 and 1993.

Flack was up in a musical family, having been born on February 10, 1937, in Black Mountain, North Carolina, to parents Laron Flack, a Veterans Administration draftsman, and Irene Flack, a church organist.

Flack began playing the piano when she was nine years old, and during her early adolescence, she excelled at the classical piano to the point where Howard University offered her a full music scholarship.

She enrolled at Howard University at the age of 15, making her one of the university’s youngest students ever. She eventually switched her major from piano to voice and joined the university choir as an assistant conductor.

Flack went to a school near Chevy Chase, Maryland, as a student-teacher. Her father’s abrupt death caused her to seek a job teaching music and English in Farmville, North Carolina after she graduated from Howard University at the age of 19.

Flack returned to Washington, D.C., and taught at Banneker, Browne, and Rabaut Junior High Schools before becoming a professional singer-songwriter.

She also gave private piano lessons out of her Euclid Street NW home. During this time, her music career began to take shape in Washington, D.C. nightclubs on weeknights and weekends.

She would sing blues, folk, and pop classics in a back room during intermissions, accompanied by herself on the piano.

She later appeared at the 1520 Club many nights a week, again providing her own piano accompaniment.

After being engaged to perform on a regular basis at Mr. Henry’s Restaurant on Capitol Hill in Washington, D.C. in 1968, Flack began singing professionally.

She recorded 39 song demos in less than 10 hours in November 1968. Flack’s debut album, First Take, was supposedly recorded in under 10 hours by Atlantic three months later.

In 1972, Flack’s cover of “Will You Love Me Tomorrow” reached number 76 on the Billboard Hot 100. Clint Eastwood chose a song from First Take, “The First Time Ever I Saw Your Face,” written by Ewan MacColl, for the soundtrack of his directorial debut Play Misty for Me, and it became the biggest success of the year for 1972, lasting six weeks at #1 and earning Flack a million-selling Gold disc.

At Eastwood’s request, she composed the ending music for the Dirty Harry film Sudden Impact in 1983. Flack began working with Donny Hathaway on a regular basis in 1972, achieving songs like the Grammy-winning “Where Is the Love” (1972) and later “The Closer I Get to You” (1978), both of which sold millions of copies. Until Hathaway’s death in 1979, Flack and Hathaway made numerous duets together, including two LPs.

With “Making Love,” written by Burt Bacharach (the title track of the 1982 film of the same name), Flack scored a #13 hit single in 1982. Flack delivered “Together Through the Years,” the theme song for the NBC television series Valerie, afterward known as The Hogan Family, in 1986.

Throughout the show’s six seasons, the song was featured. Flack provided Michael Jackson’s mother’s voice in the 18-minute short film “Bad” in 1987.

The Hollywood Walk of Fame honored Flack with a star in 1999.

She did a concert tour in South Africa that same year, with President Nelson Mandela attending the last performance.

She sang a duet of “Where Is The Love” with Maxwell at the 52nd Annual Grammy Awards in 2010.

Flack released Let It Be Roberta in February 2012, an album of Beatles covers that included “Hey Jude” and “Let It Be.”

Flack’s most recent recording, Running, was the closing credits song of Michael A. Levine’s 2018 feature documentary 3100: Run and Become, which she made at the age of 80.

Roberta has an estimated net worth of around $20 million which she has earned from her singing career.

Despite living a lavish lifestyle, she has kept her exact earnings, salary, and assets hidden until now.

Throughout her successful career, he has not been a part of any controversial issue.

There are no rumors of her being in any affairs regarding her professional and personal life.

Roberta has a height of 5 feet and 3inches and weighs around 85kgs.

She has Brownish curly hair with Black eyes.

Flack is active on many social networking sites.

Sarah Lee Guthrie
Tags : Singer The Closer I Get to You Where Is the Love