Robin Bartlett was previously married to her ex-husband, an American Actor, Alan Rosenberg in 1976. However, their relationship didn’t last long and they separated in the year 1984.

Later, she found her lover Terence Cannon and they married in 1990. Robin has a son named, Eamon Cannon born who was born in 1987. 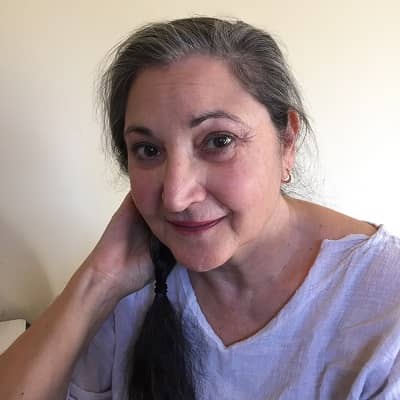 Who is Robin Bartlett?

Robin Bartlett is an actress from America who is known for her role as Sophie Lipkin in the television series ‘The Powers That Be’ in 1992-1993.

Furthermore, she has also starred as Debbie Buchman in Mad About You in 1994-1999 alongside Helen Hunt.

She has not talked about the details regarding her guardians. Likewise, Robin grew up watching a lot of movies and television series.

Bartlett has a nationality of America. There is no exact information about her education but she was enrolled in a New Lincoln School.

Robin Bartlett got a chance to feature in the film Heaven’s Gate in 1980 as ‘Mrs. Lezak’ and also debuted on her television role from Playing for Time.

After this, she took part in several other movies and television series such as See You in the Morning, Postcards from the Edge, If Looks Could Kill, Shutter Island, The Glass Castle, Land of Dreams, and The Powers That Be, It Had to Be You among others.

Of all her films, he has been qualified for the most prestigious awards like Saturn Award, Independent Spirit Award, and Screen Actors Guild Awards.

She has a net worth of around $1 Million. Bartlett has earned a lot of wealth from her illustrious career as an actress.

Robin has never faced any distracting rumors and scandals.

Bartlett has a height of 5 feet and 5 inches and weighs moderate. This unimaginably reputed woman has attractive brown eyes and black hair.

Robin is not a fan of social media platforms and she isn’t active on any of them.

Susan Touchbourne
Tags : Actress Mad About You The Powers That Be