Robin Deardon is a well-recognized American actress and a television personality. Robin Dearden is married to Bryan Cranston 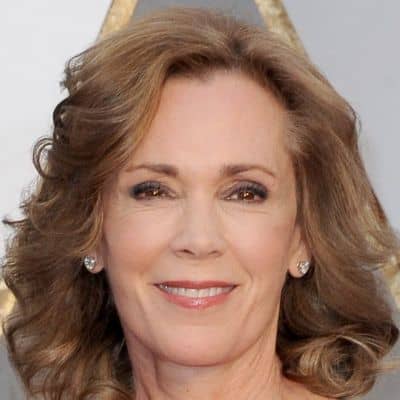 Talking about her love life, Robin Dearden is in a married relationship with Bryan Cranston. The couple tied the knot on 8 July 1989. Moreover, they have a daughter, Taylor Dearden.

Taylor is an actress best known for her character as Ophelia in the television show, Sweet/Vicious. Robin has kept her personal things very low. However, she was photoshoot along with her husband by photographer, Brandon Stanton of Humans of New York who captured the two while they attended the 2014 Met Gala in May.

The couple met for the first time on the set of the TV series, Airwolf during the 1980s.

Who is Robin Dearden?

Robin Deardon is a well-recognized American actress and a television personality. Deardon is widely famed for her role in Magnum P.I.(1980), Breaking Bad(2008), and Chicanery(2017).

Moreover, Robin Deardon is also known for being the better half of American actor, voice actor, Bryan Cranston.

Robin Dearden was born on 4 December 1953. At present, her age is 67 years old. Likewise, her birthplace is Los Angeles, California, the USA.

Talking about her nationality, Dearden holds an American identity whereas her ethnicity is Caucasian.

Regarding education, the actress has not mentioned her academic background to the public. She might have graduated from the university of the town.

Professionally, Robin debuted in the television series, The Kroff Superstar Hour. Likewise, she featured in an episode of Man Undercover in the year 1978. Next year, the actress performed in the drama, The Incredible Hulk.

Dearden has played the role of Nancy Roberts in the TV movie, Fugitive Family in the year 1980. She is also known for her appearance in TV films, ‘Joe Dancer: The Big Trade’ and ‘Happy Days. later, Robin became part of the drama series, T.J. Hooker’.

Additionally, the prominent star Dearden was portrayed in an episode of Knight Rider in the year 1983. She also featured as a guest star in several TV shows such as Highway to Heaven, Airwold, Crazy Like a Fox, and New Love, American Style from 1985 to 1989.

Robin then joined the cast of Murder, She Wrote and featured in many episodes. She also portrayed the role of Kate Wilson in the series, Generations in 1990. Two years later, she did the movies, Wooly Boys and The Illusion.

A talented American actress, Robin has earned a handsome amount of money from her profession.

However, the famed star has not disclosed her exact salary, earnings, and assets details till now.

Robin has never been part of any controversial matter or rumors till now. The actress has been preoccupied with her professional and private life.

It seems that Dearden prefers enjoying her personal life and does not want to merge it with her professional life.

67 years old, Robin Dearden has gorgeous looks and an admirable personality. She stands at a height of 5 feet 3 inches. Also, she has a balanced body weight of 58 kg.

Furthermore, Dearden has hazel eyes whereas her hair is blonde.

Regarding her social media presence, Robin Dearden is not an active personality on social media.