Robin Lord Taylor is an American film and TV actor and director.

He is openly gay and married Richard Dibella, a Production designer in 2011.  The couple has been together since 2004.

Robin has tweeted on Twitter that he married the greatest man he has ever met and they are proud and unafraid. 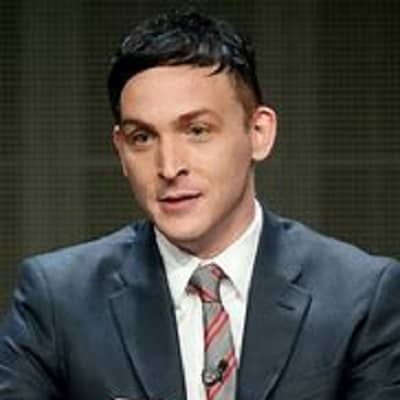 I got my agents right out of school, and I booked my first commercial right away. It was always enough to not quit and do something else

I avoid conflict - like, any conflict - at all costs. I hate it. Even at a restaurant, if I get the wrong order, I'll just eat it anyway because I don't want to make an issue

I live in a small apartment. There's only so much Batman memorabilia a guy can hang on to in New York City.

Who is Robin Lord Taylor?

Robin Lord Taylor is an American film and TV actor and director. Further, he is popular for his role as Oswald Cobblepot in the Fox TV series Gotha.

He was born on 1978, June 4 in Shueyville, Iowa, the U.S. He holds an American nationality and belongs to the Caucasian ethnicity.

He completed his high school at Solon High School. Then, he attended Northern University and received a Bachelor of Science Degree in theatre in 2000. He also went to an architecture camp at Washington University.

Primarily, he made his debut through the 2005 American police procedural and legal drama television series, Law & order. In the following year, he was cast in a short film, Jesus Children of America as Mike.

Likely, he worked in movies titled Pitch, The House is Burning and Accepted. He co-starred in the creation Nation: A Live Talk Show with Billy Eichner.  He has performed in several movies titled, Step Up 3D, Another Earth, Full Dress, Cold Comes the Night, The Walking Dead, and others.

His salary is around $17,500 per episode from the American crime drama television series, Gotham.

Who is Robin Lord Taylor's husband?