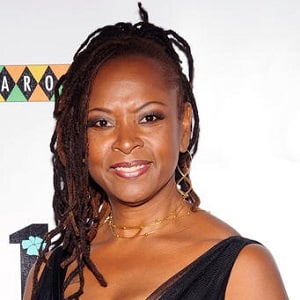 Robin Quivers has been involved in several relationships in her career. The longest relationship that she has had is with her long-time boyfriend Tony, who is referred to as Mr. X. The pair dated from the mid-1990s until April 2007.

Quivers also dated comedian Jim Florentine after Jim asked her out on the air in 2007.

She is dating Kurt Angle in the year 2008. However, they also split, and then in 2017, Robin was seen with a mystery guy.

This affair lasted for two months and at present, she is possibly single.

Who is Robin Quivers?

Robin Quivers is an American radio personality. She is also an actress and author. People mostly know her as the co-host of ‘The Howard Stern Show’.

She is the author of ‘The Vegucation of Robin: How Real Food Saved My Life’.

Quivers was born as Robin Ophelia Quivers in Pikesville, Maryland on August 8, 1952. She was born to parents Lula Louise Quivers and Charles Quivers Sr. Her mother is a homemaker and housekeeper and her father is a steelworker at Bethlehem Steel.

Additionally, she has a brother, Charles Jr. and she has two adopted brothers, Harry and Howard. She has revealed that she was a victim of sexual abuse in her childhood years.

She is of American nationality. Furthermore, she belongs to an All-American ethnic background.

Talking about her education, Quivers graduated from the University of Maryland in 1974. She has a major in nursing. She joined the United States Air Force in July 1975. Furthermore, she studied at the Broadcasting Institute of Maryland.

Robin Quivers had her first job in the radio industry at WIOO in Carlisle, Pennsylvania. Additionally, she also worked at WCMB and WFBR. Eventually, she joined the ‘Howard Stern Show’. She has also appeared in several movies and television series like ‘Howard Stern on Demand’, ‘Private Parts’, ‘Deadly Web’, ‘The Fresh Prince of Bel-Air’, and ‘The Larry Sanders Show’.

Quivers is the most popular female radio personality in the U.S. She has also done several charity works in her career.

Quivers won the Outstanding Literary Work-Instructional at the 45th NAACP Image Awards. She won the award in February 2014 for her book ‘The Vegucation of Robin: How Real Food Saved My Life’.

Quivers has an annual salary of $10 million. However, she has an estimated net worth of around $75 million at present.

Additionally, Quivers made the news after she had surgery to remove a tumor from her bladder. The surgery was successful. At present, there are no rumors concerning her life and career.

Talking about her body measurement, Robin Quivers has a height of 5 feet 6 inches (1.68 m). Additionally, she weighs around 64 kg.

She has a measurement of 34-26-35 inches. Furthermore, her hair color is black, and eye her color is dark brown.

Quivers is active on Twitter. She has more than 385.1k followers and has tweeted over 3k times, and more than 21.8k followers on Instagram. However, she is not active on Facebook.