Robin Vernon is an American actress and television personality. People mostly know her for her appearance in the reality TV series ‘South Beach Classics.’ Robin Vernon was previously married to actor Ted Vernon.

Ted was a divorcee before meeting and marrying her. The pair became close to one another after a blind date in 1998.

Eventually, they married in late 2013. The couple separated after Robin confirmed on Twitter that she had ended her relationship with Ted on 13 December 2016. 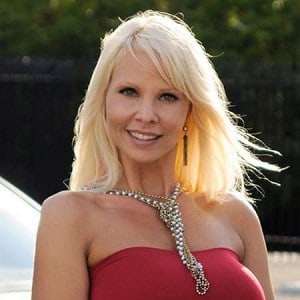 Who is Robin Vernon?

Robin Vernon is an American actress and television personality.

People mostly know her for her appearance in the reality TV series ‘South Beach Classics.’ Additionally, she is the ex-wife of actor Ted Vernon.

Vernon was born in California.

Her mother passed away at a young age and hence her father remarried. Additionally, she was raised by her stepmother for most of her childhood. Robin developed an interest in modeling at an early age. She is of American nationality. Furthermore, there are no details available relating to her ethnic background at present.

Talking about her education, Vernon attended the Torrejon American High School. She graduated from there in 1986.

By the time she turned 17, she already had her own apartment in Florida. In addition, together with her ex-husband Vernon created the business ‘South Beach Classics’ in 2011.

Vernon was the producer of the hit reality TV series ‘South Beach Classics.’

Additionally, she also acted in the show. Furthermore, she has also appeared in movies including ‘Bikini Swamp Girl Massacre’ and ‘Hell Glades.’ She portrayed the role of Roselyn in both movies. In 2011, Robin appeared in the TV series ‘VidBlogger Nation.’

Vernon has not revealed her current salary. Furthermore, she has an estimated net worth of $2 million.

Vernon has not been part of any notable controversies in her career.

Furthermore, at present, there are no rumors concerning her life and career.

Talking about her body measurement, Vernon has a height of 5 feet 9 inches (1.75 m). Additionally, she weighs around 55 kg.

Furthermore, her hair color is blonde and her eye color is dark brown.

Vernon is active on social media. She has a huge number of followers on social networking sites like Instagram.

She has over 2k followers on Instagram. Similarly, her Facebook page ‘Robin Vernon/South Beach Classics’ has more than 140k followers.