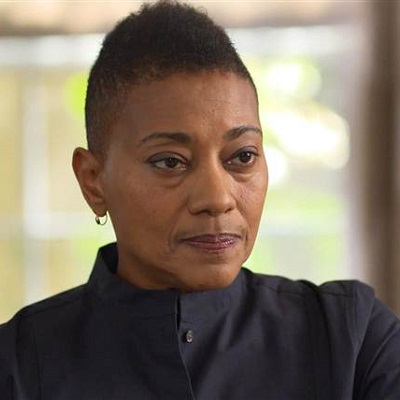 Dee Dee had a ton of talent and easily could have had a successful career but she was just too crazy.

And believe me I wasn’t. I didn’t need to. I couldn’t believe what I was hearing. It was maddening. ‘I know you were singing.’

Robyn Crawford is a married woman.

She is married to Lisa Hintelmann. Lisa is the Head of Talent and Entertainment Partnerships at Audible, Inc at Newark, New Jersey.

Together they have 10-year-old twins.

Who is Robyn Crawford?

Robyn Crawford is an American memoirist. Robyn is a well-known author, producer, and former assistant-creative director of Whitney Houston.

Recently, in 2019 she is known for her memoir, A Song for You: My Life With Whitney Houston.

On 16th November 2019, she gave an interview on The Guardian talking about her friendship with Whitney.

She had a difficult childhood as her mother left her father due to abuse on her. Similarly, her brother died from AIDS and her mother was also diagnosed with AIDS.

Robyn worked as a former assistant and creative director of Whitney. She has worked in The BodyGuard, Waiting to Exhale, In Between, and The Wonder World of Disney.

In late 2019, she released a memoir detailing her life and career. It included the claim that early in Whitney Houston’s career, the two were romantically intimate.

Robyn met Whitney in the year 1980 and they worked as Counselors at the East Orange Summer Camp. They were more than friends as per Robyn’s statements.

She always helped Whitney with her career.

Robyn has Dark hair and eyes. She is 5 feet 9 inches tall and weighs around 63 kg.

You may also read the age, parents, career, net worth, body measurement and social media of Martina Navratilova, Maria Lewis, and Anthea Turner