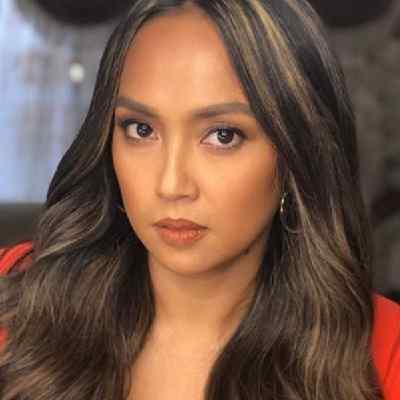 What is the relationship of Rochelle Pangilinan?

Rochelle Pangilinan is married to Arthur Solinap. Arthur is a Filipino actor and model.

Who is Rochelle Pangilinan?

Rochelle Pangilinan is a Filipina dancer, actress, and recording artist. She was one of the founding members of the Filipino dance group the Sex Bomb Girls, she later ventured into the rap circuit under the pseudonym RoC.

She has also gone on to star in numerous television series and has become particularly known for her leading roles in Amaya and Darna.

She was born and brought up in a poor family. Her father, Rodolfo Pangilinan, was an alcoholic and also used to beat his wife. So her mother left him and again reunited in 2000.

Later, her father stopped drinking, but he died on November 11, 2007, of emphysema.

Rochelle has three siblings in which her younger brother Michael is a singer. She is of Philippine nationality and Filipino ethnicity.

The information regarding her academics is unknown.

She was a member of the Philippine all-girls dance and later a pop group called The SexBomb Girls.

In 2002, the singing group SexBomb Girls was formed and they released their debut album Unang Putok. “Bakit Papa” was one of their hit singles. Later they released three more albums.

She made her debut in acting along with the members of the SexBomb Girls in the movie Bakit Papa in 2002.

She launched herself as ROC and released her debut rap album called Roc-a-Holic in 2007, June 8 on a weekly variety show, SOP Rules. The album comprises different Latin-inspired songs, rap and hip hop songs.

She has also appeared in various movies and TV Shows. She started her acting career starring as Eliza in Esperanza. In the year 2016, she appears in the Philippine romantic drama Wish I May.

Being of a successful personality, her net worth is said to be around $1.5 million.

Other information regarding her salary is not disclosed.

To date, she has not been in any sort of rumors and controversies.

She has brunette hair with brown colored eyes.

Also, get to know about Slim Albaher, Jaren Garcia, IamSanna, and Jem Wolfie.