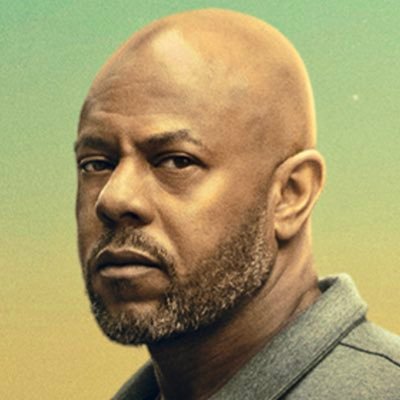 Rockmond Dunbar is a married man. He married his girlfriend Maya Gilbert (actress and writer) on June 8, 2013. They met for the first time in 2012 and started to date each other. After dating for a few months, the duo got engaged in Montego Bay, Jamaica on 30 December 2012.

The couple is blessed with a daughter named Berkeley Seon in December 2013 and a son named Czar Rockmond Dunbar in January 2016.

Previously, Dunbar married Ivy Holmes in 2003 but their relationship got ended in 2006.

Rockmond Dunbar is an American actor who is famous for playing the character of Baines in the NBC TV series  ”Earth 2” and as Kenny Chadway from the American drama series ”Soul Food”.

He was born in Berkeley, California, in the United States on 11th January 1973. His birth sign is Capricorn. He was born to African-American parents.

He belongs to Yoruba people of Nigeria and he was given a Yobura name ‘Omobowale’ on his visit to Nigeria. The name means our son has come home.

Dunbar holds American citizenship but his ethnicity is Yoruban.

He joined Oakland Technical High School and completed his high school education. After that, he joined Morehouse College and later went to Santa Fe College and graduated from there. Furthermore, he attended the University of New Mexico.

Rockmond Dunbar debuted his film career from the film ”Misery Loves Company” in the year 1993. After that, she appeared as Baines in the Tv series entitled ”Earth 2″ in 1994. Next, in the year 1998, Dunbar appeared in another TV series titled “The Wayans Bros” where he played the role of ”Barry ”. After that, from 1998 to 2001. he appeared in some more TV series such as Two Guys, a Girl, and a Pizza Place.

Moreover, he appeared as Kenny Chadway on the TV series Soul Food from 2000 to 2004. Next, he appeared in one more TV series, “Prison Break” where he played the character of Benjamin Miles “C-Note” Franklin from 2005 to 2009. Dunbar was praised for his role and he gained a lot of recognition and fame in the industry.

In addition, he portrayed the role of Dr. Thomas Jonas on the series Heartland in the year 2007. Dunbar has also appeared in a TV series titled Terriers where he played the role of Detective Mark Gustafson. After that, the actor was cast in some more TV series such as “Richer or Poorer” as Aubrey from 2012 to 2013, “Sons of Anarchy” as Eli Roosevelt from 2011 to 2013, “The Game” as Pookie since 2010, and “The Mentalist” as Dennis Abbott since 2013.

He has an estimated net worth of around $2 million and he has earned that sum of money from his professional career. Also, he earns around $57,446 per year for his appearance on TV series, ‘Soul Food’.

Furthermore, he lives in The Golden State where he owns a house in Woodland Hills, California, the US where the average price for a house is around $812,900. Moreover, he earns around $535.5 to $892.5 per post made on the social media platform.

There were rumors regarding the death of the actor but all the rumors are just a hoax.

Rockmond Dunbar has a height of 5 feet and 11 inches with a bodyweight of 86 kg. Also, he has got blue eyes and brown hair.