Rod Wave came to fame after his song 'Heart on Ice' went viral in 2019. 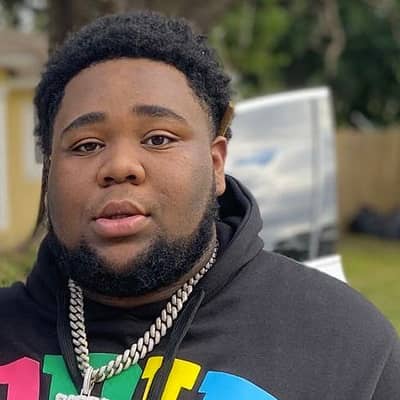 Though he has not opened about his romantic life, he wrote a song titled Girl Of My Dreams. Hence, we hope that he finds the girl of his dream very soon!

Who is Rod Wave?

Rod Wave is an American Rapper, Singer, Songwriter. His single ‘Heart on Ice’ went viral on Youtube and Tiktok. Rod is better known for his introspective songwriting and combination of hip-hop and R&B.

Florida Rapper was born on August 27, 1998, in St. Petersburg, Florida as per sources. As of 2020, he is 22 years old. He holds an American nationality and to Mixed ethnicity of African and American.

His Zodiac sign is Virgo. His full name is Rodarius Marcell Green but professionally known as Rod Wave.

Rod’s parents separated while he was in elementary school. However, their names are unknown.

Rod attended Lakewood High school. There is no information available about his further education.

On June 14, 2019, he released the mixtapes PTSD and Ghetto Gospel include the song Heart on Ice which went viral throughout on Youtube and Tiktok also peaked at number 25 on Billboard Hit 100.

He released his singles: Popular Loner, Cuban Links, Close Enough to hurt, Dark Clouds, Misunderstood, etc. On April 3, 2020, he released his second album which peaked at number 2 on the Billboard 200.

Including the song Rags2Riches from the same album peaked at number 12 on the Hot 100 and became his highest-charting song. On August 11, 2020, Rod featured on XXL’s 2020 Freshman Class.

There was a rumor on Twitter that Rod Wave was Shot or, dead but the rumors of the rapper’s death were false.

Rod Wave’s estimated net worth is around $1.5 million throughout his profession.

Florida Rapper is active on Instagram with the handle @rodwave where he has over 3.7m followers. He joined Twitter in December 2016 where he has 688.1k followers.

Furthermore, he uses Facebook, Tiktok. In Tiktok he has 2m Followers. He has his official website which gives out information on his tour dates and tickets.