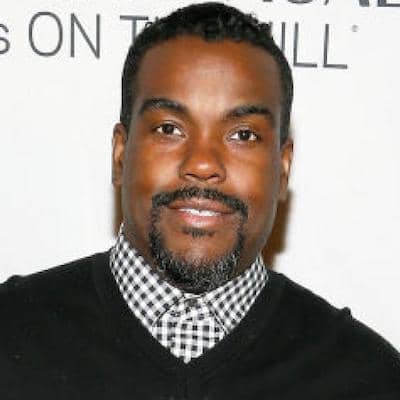 Rodney Jerkins at present is a married man. His wife’s name is Joy Enriquez who is a singer and they walked the aisle on 04 April 2004.

This couple from their wedding has four children. Their daughters are Heavenly Joy & Hannah Joy and their sons are Rodney David Jerkins III & Royal David Jerkins.

They all currently live together in Los Angeles. Heavenly took part in a talent reality show, America’s Got Talent S10.

Walking The Aisle Together

Rodney and Joy’s wedding ceremony was held at Ritz-Carlton in Laguna Niguel, California in front of around 200 guests.

The ceremony was officiated by Jim Reeve and their vows exchanging was unique. Being singers, they sang their vows to each other instead of reading them. They were accompanied by Los Angeles Chamber Orchestra, Bebe Winans, and Yolanda Adams.

They first met when Joy was only 19 years old but later they started to date. Since then they are standing by each others’ side.

Who is Rodney Jerkins?

Rodney Jerkins aka Darkchild is an American record producer, songwriter, plus a rapper. He is associated with several popular artists such as Toni Braxton, Lindsay Lohan, Keyshia Cole, Brandy, Lady Gaga, and Jennifer Lopez.

He is currently appearing in a project titled Take the Stage which is a web series.

He was born as Rodney Roy Jerkins on 29 July 1977 in Atlantic City, New Jersey, U.S. The name of his father is Chuck Colbert but his mother’s name is cloaked.

Rodney’s ancestry is All-American and has a brother, Fred Jerkins III. Talking about his academics, he has attended Absegami High School.

Rodney Jerkins is a popular face of the music industry and is an expert in Pop, R&B, hip-hop, soul, & gospel. He first teamed up with his brother to release a project named On the Move. His launched albums are Active 2.0: The Darkchild Workout, Versatility, Rags, and On My Way.

Some of his associated discographies are Searching, Don’t Stop, Angel Of Mine, If I Told You That, Why About Us, Long Distance, Parking Lot, Right Back, Playing Games, etc. Rodney is associated with labels like Capitol, Universal, Epic, BMG, Darkchild, and Lifestyle.

In addition, he lent his hand to creating an online portal MusicMogul.com. This helps celebrities to interact with their fans directly. The other members are Nicholas Longano, Ray Brown, and Jonathan E. Eubanks.

At present, his net worth is estimated at around $30 million US. Also, his salary from the screen career is not yet disclosed.

This producer/rapper is keeping himself away from rumors and scandals at present.

Regarding Rodney Jerkins’s body features, his height and his body weight are average. He has black eyes and his hair is also black in color.

Rodney is officially active on various social networking sites. On Twitter and Facebook, he is followed by more than k and k followers.