Rodney Kendrick is happily married to Rhonda Ross Kendrick. The couple got married on the 13th of September 1996 to each other after dating for several years.

Together, the couple is blessed with a son, Raif-Henok Emmanuel Kendrick (b. August 7, 2009). As of now, he is leading a happy life with his wife and son. 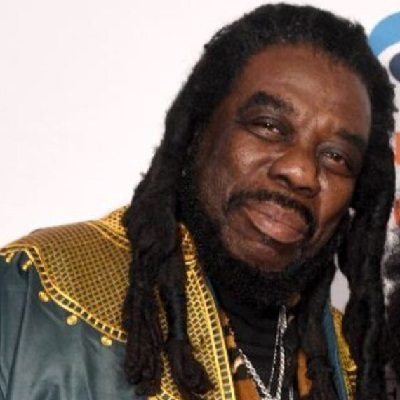 Who is Rodney Kendrick?

Rodney Kendrick is a Jazz pianist, music producer, and composer. He renowned for the music behind the albums; The Secrets of Rodney Kendrick, Dance, World, Dance, Bop!, and Thank You.

Rodney Kendrick was born on the 30th of April 1960 in Philadelphia, Pennsylvania to Jimmy Kay Kendrick. He is of All-American ethnicity. As of 2020, he is 60 years old. Also, his zodiac sign is Taurus.

His father, Jimmy Kay Kendrick was also a pianist. He has worked with other music artists including Sonny Stitt, Lou Donaldson, and Sam Rivers. His mother used to a gospel singer by profession. He has two sisters.

Growing up in a family full of music artists, he started to get attached to the music. Eventually, he started his musical journey with drums. Later, he started playing the Piano.

Till the date, he has not shared any details on his educational background. However, he happens to be a high school graduate.

In the late ’70s, Rodney Kendrick stepped in the music world with the tour along with the American Music Group, Harold Melvin and the Blue Notes, and artists like James Brown and George Clinton.

When he turned 21 years old, he moved to New York City where he studied classical Jazz with the music educator, Barry Doyle Harris. Also, he got the opportunity to meet with music artists including Randolph E. Weston and Sun Ra.

In the 1990s, he became a member of Abbey Lincoln trio. In the trios, he worked for seven years and released several albums as a musician and director. That includes the albums like Last Chance for Common Sense, Dance, world, Dance, The Secrets of Rodney Kendrick, and Bop!

Later, in 1994, he started his self-titled band along with the musicians like Houston Person, Arthur Blythe, and Grahan Haynes. Since then, he has released the albums like Rhonda Ross Live, Thank You, Randy Weston & Rodney Kendrick: Duo Piano and Black is Back.

Apart from that, he also makes through his music production works too.

Rodney Kendrick has black eyes with black hair. He has a decent height and an average weight. However, details on his body stats are not available.

Till the date, he has not been part of any sort of controversy and scandals that created a buzz in the media. Besides that, he has managed to maintain a distance from any type of rumors.

You may also read the bio of Martin Scorsese, Chris Payne Gilbert, and Drew Parks.