Rodney Rogers is happily married to his girlfriend, Faye Fagers.

Despite Rodney’s physical disability, they get engaged on Faye’s birthday (April 3, 2008) and married on Dec 4, 2010. They are living together in Timberlake, NC, as of now.

The couple together owns the Rodney Rogers Foundation. Furthermore, the duo also runs a tractor-trailer and dump truck company Jazzie’s Trucking LLC. The company was named after Faye’s nickname.

Rodney was firstly married to married to Tisa White. The couple married in the summer of 1993. Rodney and Tisa later get separated.

Rodney has two daughters Roddreka and Rydeiah and a son Rodney Rogers II with Tisa. Their daughter Roddreka was born on December 1, 1993. She had a 5½ hour emergency neurological operation in just two months of birth.

Faye also has a son, Denvonte Knox from her previous marriage. 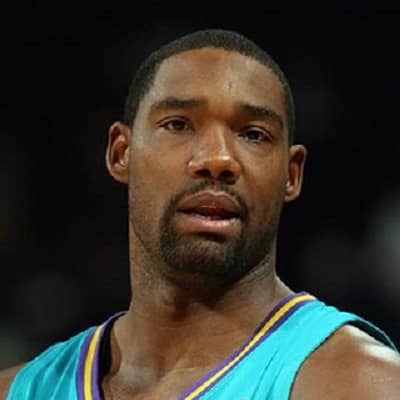 I think God kept me here for a reason.

My wife said, you know, it is what it is, we've just got to stay strong and just keep fighting and fighting.

I never wanted to go outside, I didn't want anybody to see me in a wheelchair.

Who is Rodney Rogers?

Rodney Rogers is a former American Basketball player. He has played for several teams in the National Basketball Association (NBA) and was one of the highest players.

As of now, Rodney runs the Rodney Rogers Foundation and also The Jazzie’s Trucking LLC company with his wife, Faye.

The player was born on June 20, 1971, in Durham, North Carolina. Rodney has one of the most challenging family struggles from his childhood. He is of Old English ancestry.

His father, Willie Wardsworth left his family and moved to Texas. Sadly he dies when Rodney was just eight yrs old. Likely, his mother’s name is Estella Rogers.

In 1988, she has an automobile accident having severe head injuries. She has two operations and was nearly killed. Estella was hospitalized for three more months after recovering from three weeks of coma. After all, she returned home but also had memory loss and needed extra care.

Rodney has his schooling from Hillside High School in Durham. Likely, he then studied at Wake Forest University.

Rodney used to play basketball from his high school. During his junior career, he received  22.5 points and 9.7 rebounds.

Talking about his college career, he played college basketball at Wake Forest University. There, he won the 1990-1991 season becoming Rookie of the Year honor and also was the Atlantic Coast Conference Player of the Year in 1993. His final statistics in college was 19.3 points and 7.9 rebounds.

Rodney then started his lucrative career playing with Denver Nuggets. And on June 28, 1995, Rogers was traded to the Los Angeles Clippers. No sooner, he was signed with  New Jersey Nets as a free agent on August 14, 2002. Playing with the Nets, it went on to the NBA finals.

On August 3, 2004, Rodney signed with the New Orleans Hornets. He was injured in its nearly season but made it up to the finals. He plays with the Philadelphia 76ers since Feb 2005.

Rodger gets into a dirt bike accident crash in rural Vance County on Nov 28, 2008. He hit a ditch while riding through a trail and flipped over his vehicle’s handlebars.

He was then taken to Duke University Medical Center and afterward to  Shepherd Center in Atlanta, Georgia. As of now, Rodney is paralyzed from the shoulders. Doctors have told him that there is only a 5% chance for him to walk.

Rodney had an earning of around $26 million from his basketball career days in the NBA. He was on the list of the highest-paid players in the NBA.

The player has never been in any kind of such rumors and controversial works throughout his career.

Talking about his facial appearance, he has black colored hair and eyes.

You may also read the bio of Tony Bennett, Joe Smith, Joumana Kidd, and Feby Torres.