Actor Roger Cross is married and a father of two. 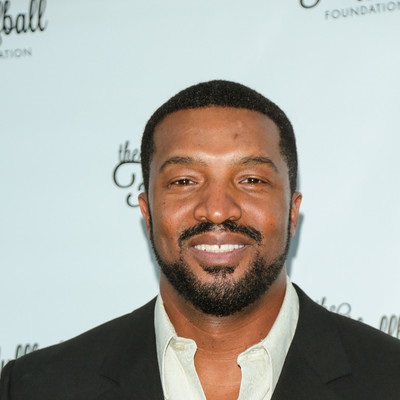 In 1998, Roger was in a relationship with a German actress and yoga instructor Josephine Jacob for a long period, later they married each other.

The couple to date has faced no other extramarital affairs and still going strong. They now have two kids.

Who is Roger Cross?

Roger Cross is a Jamaican-born Canadian actor who is known for his work as CTU Agent Curtis Manning in the popular American television series 24. He has also made many appearances in several films and television series, mostly on productions shot in Canada.

Roger’s father is Selvin Cross and his mother is Deloris Cross. He also has 2 sisters and 2 brothers, they are Donna, Angela, Garry, and Anthony.

His father was working as an agent in the insurance company and his mother was a banker. Apart from that information about his siblings is not made public.

He and his family emigrated to Canada, settling in Vancouver, British Columbia at the age of 11. Then he went to Trinity Western University, where he graduated with a degree in Aviation and General Studies.

Roger Cross was a professional pilot before pursuing his acting career. He began his career in the 1990s  where he played guest roles in series such as Street Justice, The X-Files, Sliders, Stargate SG-1, Highlander: The Series, Relic Hunter, etc. In 1998,  he starred as a lead character, Joshua Bridges, on the sci-fi series First Wave.

Apart from that Roger has also worked for video games like Fallout: New Vegas, Saints Row: The Third, Bio Shock Infinite, etc. He voices over many characters in those games. His most recent work is The Coroner where he played Detective Donovon McAvoy which is the lead role of the series.

Roger is a successful actor who has earned a decent amount of money in his life. According to the sources Cross’s net worth is $2 million. About his salary and income, it’s still under review. His primary source of income is Acting.

In the year 2009, there was a rumor about Roger that he was hooking up  Serinda Swan who is also an actress from Canada.

Roger Cross is 6ft 1 inch tall and weighs 89kg. His hair color is black and has hazel eyes. There is no information about his shoe size and other body sizes.

You may also like to read about the bio, career, net worth of other personalities like Oliver James, Wes Brown, Chris Santos