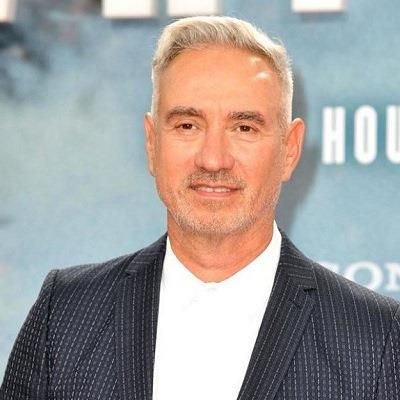 I came to film school in 1977 when directors like Fassbinder and Wenders were everybody's heroes. But it was also the time that Star Wars and Close Encounters came out, and these were the seminal movies for me. Everybody is always so careful about these things. I mean, I'm good friends with Wim Wenders, but it doesn't mean I have to like his movies. Some of them, I like. Most of them, I find boring. And I would tell him that to his face.

When you're not loved by the critics, it's very hard for anyone to say anything good about your movie. For me, it's more important that the audience enjoys it and embraces it, anyway. You get something that does well but is criticized. So you say, 'OK, they just didn't get it. There's 1% or 2% who didn't like it. But there's 98% who did.

all my movies are created because I'm fascinated by a subject. Sometimes I think there's just a certain obsession about it all - when you want to do something just for the sake of it. A lot of directors are like that. I'm just very fortunate that most of my movies get made.

Roland Emmerich is openly gay. He is married to Omar De Soto. He is 33 years old than his partner Omar. They met in the year 2009 in Los Angeles for the first time.

The couple dated for eight years before getting engaged in 2017 and married in the same year itself. According to the sources Emmerich was the one who proposed to him.

Who is Roland Emmerich?

Roland Emmerich is a German film director, producer, and screenwriter.

Growing up amidst the independent era of German cinema where small-time directors like Rainer Werner and Wim Wenders were earning name and fame due to their low budget artsy endeavors, Roland Emmerich aspired to become a big-time filmmaker.

Roland Emmerich was born in Stuttgart, Baden-Württemberg, West Germany on November 10, 1955. His father’s name is Hans Emmerich, but his mother’s name is unknown.

He grew up in West Germany’s Sindelfingen and hailed from a wealthy family, which enabled him to embark on frequent vacations across Europe. He loved painting and sculpting during his childhood.

Talking about Rooaond’s education history, he attended the University of Television and Film Munich with the intention of studying to become a production designer.

Started with own film production

Talking about his profession, while learning film, Roland Emmerich decided to start a film production company of himself, with the help of his sister. He borrowed money from his father, who happened to be a prolific businessman, and laid the foundation of Centropolis Entertainment.

Similarly, his newly found production house, Roland made his first feature film titled ‘Joey’, which was a fantasy film. His intentions were clear; he wanted to flee to Hollywood on the first chance he got.

Likewise, he wanted Roland to make a film titled ‘Isobar’, for which Roland got excited.

Eventually, ‘Universal Soldier’ was the film with which Roland made his Hollywood directorial debut in the year 1992. Whereas, he was a replacement to Andrew Davis, who walked out of the project for some reasons.

The film released and fared nicely at the box office, but earned critical backlash, to some degree.

Additionally, his next venture ‘Independence Day’ became one of the highest-grossing American films of all time. The movie made over $7,500,000 worldwide at the box office. To follow up to that, ‘Godzilla’ was also a mammoth box office success which earned 385.9 million USD.

In fact, Roland proved that he can indeed make a hardcore commercial film to critical and commercial success. For his next venture, he returned to the CGI laden hardcore commercial genre of filmmaking with ‘The Day after Tomorrow’ in 2004, a film about the growing dangers of global warming, which was a box office success.

Similarly, he won Success in Hollywood, Cinema for Peace Award for Trade (2007) at Special Award. Likewise, he won Best International Film for The Day After Tomorrow (2004) at Jupiter Award.

He has an estimated net worth of around $200 million and he has earned that sum of money from his professional career.

There was a controversy that, Roland is gay. Currently, he is far from rumors and controversies.

Roland Emmerich has a height of 5 feet 11 inches and he weighs 85Kg. Roland’s hair color brown and his eyes color is brown. Furthermore, his dress size is 4 (US) and his shoe size is 8 (US).