Updated On January 13, 2023 | Published By: rylee
Share this
Single 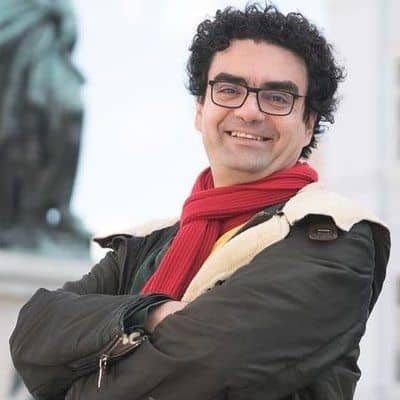 Is Rolando Villazón Singler Or Dating?

Rolando Villazón is presently unattached and not in a romantic relationship. He hasn’t posted anything about his personal problem on the internet.

Who Is Rolando Villazón?

In the year 2007, he became a permanent citizen of France.

As an author, he has published several books and also the novels like Paladas de Sombra contra la oscuridad and Malabares.

The French tenor, Rolando Villazón was born on 22 February 1972, in Fuentes de Satellite, Mexico. As of 2022, Rolando is 50 years old and holds French nationality. Though he is Mexico-born, he became a permanent citizen of France in 2007.

Apart from these, Rolando has not shared further details about his parents and siblings. There is no authentic info on his early educational life as well.

In 1999, he soared to fame, after becoming the winner of the second prize during the Operalia competition. The following year, for the first time, he sang in Italy as des Grieux in Manon at the Teatro Carlo Felice in Genoa.

He made his debut appearance as Macduff at the Berlin State Opera in 2000. In England, he sang Rodolfo at the Glyndebourne Festival Opera in 2003.

At the Salzburg Festival, he sang Alfredo in Verdi’s La Traviata. It was directed y Willy Decker while it was conducted by Carlo Rizzi.

In 2006 and 2008, he appeared in Berlin Waldbuhne and Vienna’s Schonbrunn Palace sharing the performance with Netrebko and Domingo.

At the Berlin State Opera, he made his debut in Bohuslav Martinu’s Opera, Juliette ou la cle des songes, in 2016. In pairs,Rolando sang his first Ulisse in Claudio Monteverdi’s opera, II ritorno d’Uliesse in partial in 2017.

With the role of Papageno, he made his comeback to New York’s Metropolitan Opera, in 2021.

Most recently, in 2022, in Dmitri Tcherniakov’s new production, he made his international debut as Loge in Richard Wagner’s Das Rheingold at Berlin State Opera. It was conducted by Christian Thielemann.

He was assigned as an artistic director of the Mozartwoche festival, in 2018, and the contract will end o 2028.

In January 2011, Rolando made his debut as a stage director, by coming out with a new production of Werther, at the Opera de Lyon.

In 2012, he directed, L’elisir d’amore at Festpielhaus Baden-Baden, and The Barber of Seville at the Salzburg Festival in 2022.

As a recording art, Rolando recorded four solo CDs, with Virgin Classics, and in the spring of 2007, he released Placido Domingo’s album of zarzeuelas.

Subsequently, he served as a mentor and judge in the ITV show, Popstar to Operastar, in early 2010. He hosted the German Echo Klassik awards from 2012 to 2015.

Later, he began hosting his own program, on Arte TV which features the ‘Stars of tomorrow’ from 2011.

The famous Opera singer, Rolando has an estimated net worth of around $5 Million as per the sources.  The yearly or monthly salary, he is paid or received is still under review.

Despite his expanding popularity, Rolando Villazón has managed to balance his business and personal lives admirably. He has never combined his two lives, making it confusing.

He has always avoided rumors that have harmed his career. There are no bad rumors or scandals about him on the internet.

Rolando Villazón has not disclosed his height, weight, hips, waist, or chest measurements on the internet. He has always been private about his personal life, which is why he has never divulged his dress or shoe size in the public.

There is no information available concerning his physical dimensions.

In terms of outer appearance, Rolando has a white complexion, black hair, and eyes of the same color.

The French author and stage director are pretty active on social media platforms.

Also, he is active on Twitter since May 2011, having nearly 27k followers.

There is also an official Facebook page under his name, which is enriched with over 128k followers.

Moreover, he owns a self-titled, YouTube channel, that has racked up around 3.48k subscribers.