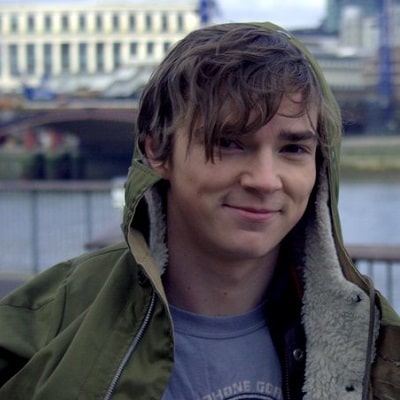 Rollo Weeks is currently living his single life. Previously, he was in a relationship with actress Anna Popplewell from 2003 to 2005. She is now married to Sam Caird.

After that, he dated Diana but the couple did not continue their love affair for a long time. Then, he was in a relationship with Tory Baylon until 2015. After that, he has not been linked with anyone.

Who is Rollo Weeks?

Rollo Weeks is a former Britsh actor, businessman, and photographer who is well known for portraying Rudolph Sackville-Bagg in ‘The Little Vampire’ (2000) and Scipio Massimo in ‘The Thief Lord’ (2006).

He was born on 20 March 1987 in Chichester, England. His birth name is Percival Loring Weeks and he was born to father Robin Weeks and mother Susan Weeks.

He has two siblings, older sisters Honeysuckle Weeks and Perdita Weeks, who are both actresses. Rollo holds British citizenship but his ethnicity is unknown.

In recent years Rollo Weeks has not worked as an actor. In 2016 it was reported that he is one of the  “a dynamic trios of young hospitality industry insiders” opening Fancy Funkin Chicken, a new fast food outlet located in Coldharbour Lane, Brixton.

He is also a photographer and works between London and Madrid, using the name Rollo Wade.

He was nominated for Young Artist Award in the category Best Performance in a Feature Film – Supporting Young Actor for ‘The Little Vampire’ in 2001.

He must have weeks a huge sum of money from his professional career. However, he has not disclosed his exact net worth, salary, and income.

Rollo does not like to harm others and has not been involved in any rumors and controversies in her personal and professional life.

Rollo Weeks has a height of 5 ft. 10 inches and has dark brown eyes and black hair. But, his weight, shoe size, etc. are not available.

Rollo Weeks is active on social media. He has around 2k followers on Twitter but he does not seem to be active on Facebook and Instagram.