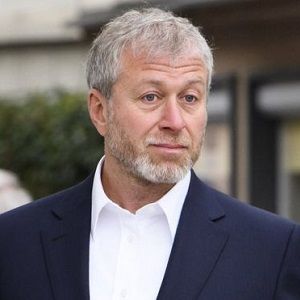 Roman Abramovich has been married three times. In the year 1987 in December, he married Olga Yurevna Lysova. But they divorced in 1990. After that in October 1991, he married a former Russian Aeroflot stewardess Irina Vyacheslavovna Malandina.

Similarly, they divorced in 2007. He and Malandina have five children who are Ilya, Arina, Sofia, Arkadiy, and Anna. She had hired two top UK divorce lawyers, following reports of his close relationship with the then 25-year-old Dasha Zhukova.

Likewise, he married Zhukova in a private ceremony in the year 2008, and they have two children, a son, Aaron Alexander, and a daughter, Leah Lou. In August 2017, they announced that they would separate and has filed for divorce.

Who is Roman Abramovich?

Roman Arkadyevich Abramovich is a Russian billionaire businessman, investor, and politician and he is one of the richest men in the world. Similarly, he is famous as a self-made man and the owner of the private investment firm Millhouse LLC. he is the owner of the ace English football club, Chelsea. He was honored with the Order of Honour for all the work he did as the governor and businessman.

He was born on 24 October 1966 in Saratov, Russian SFSR, Soviet Union. He is the son of Irina Vasilevna Abramovich and Arkadiy Abramovich. His father was a state office manager. There is no information about his siblings.

Likewise, he belongs to Russian-Israeli nationality and his ethnicity is Ukrainian and Ashkenazi Jewish.

Talking about his education, he attended Gubkin Institute of Oil and Gas in Moscow. He attended Moscow Automobile and Road Construction University and Kutafin Moscow State Law University.

Talking about his career, he started his multi-billion-dollar business during his army service. At first worked as a street-trader, and then as a mechanic at a local factory. At the peak of perestroika, he sold imported rubber ducks from his Moscow apartment. In the year  1988, as perestroika opened up opportunities for privatization in the Soviet Union, he got a chance to legitimize his old business.

Similarly, he and Olga set up a company making dolls. In a few years, his wealth spread from oil conglomerates to pig farms. Also, he started investing in other businesses. Between the year 1992 to 1995, he founded five companies that conducted resale, produced consumer goods, and acted as intermediaries. They specialized in the trading of oil and oil products.

Thus the main stages of his financial career were January 1989 to May 1991, as chairman of the Comfort Co-op (manufacturer of plastic toys), and May 1991 to May 1993. He was the director of the ABK small enterprise in Moscow. According to various sources, from the year 1992 to 1995 he set up five companies engaged in the production of consumer goods and selling-and-buying.

He had started the process of buying the houses on 75th Street between Fifth Avenue and Madison Avenue in the year 2014. Similarly, he has paid a total of $ 90 million for all of this property.

He has been alleged to be involved in various wrongdoings. The Times mentioned his “famously emerged triumphant after the ‘aluminum wars’, in which more than 100 people are believed to be killed in gangland feuds over control of the lucrative smelters.”

Likewise, he has been arrested for loan fraud and theft.

Roman Abramovich has a height of 5 feet 9 inches and his weight is around 80 kg. Similarly, his hair color is salt and pepper and has blue color eyes.