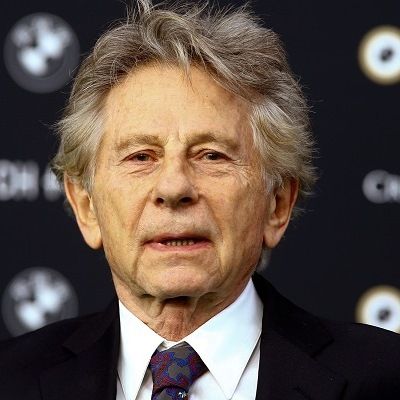 I don't really know what is shocking. When you tell the story of a man who is beheaded, you have to show how they cut off his head. If you don't, it's like telling a dirty joke and leaving out the punch line.

I can only say that whatever my life and work have been, I'm not envious of anyone, and this is my biggest satisfaction.

Roman Polanski married actress Barbara Lass on September 9, 1959, but the marriage didn’t last long and they got separated in 1962.

Then, he married actress Sharon Tate on January 20, 1968. She was pregnant with their first child, Paul Richard Polanski when she was brutally murdered by the Manson family members.

Who is Roman Polanski?

Roman Polanski is a French-Polish film director, producer, writer, and actor. Likely, he made his American debut with the classic horror ‘Rosemary’s Baby’.

He is regarded as a “truly international filmmaker” as he has made films in many countries.

Roman Polanski was born in Paris, France on August 18, 1933. His birth name is Rajmund Roman Thierry Polański and he is currently, 87 years old.

Talking about Roman’s education history, he attended National Film School in Lodz, Poland. Then, he attended the Jan Matejko Academy of Fine Arts.

Talking about the profession, Roman Polanski began his career as an actor. He appeared in several of the films like ‘Pokolenie’ (1954), and ‘Zaczarowany Rower’ (1954). Likely, he made his directorial debut in 1955 with a short film ‘Rower’ which was a semi-autobiographical feature film in which he also starred.

While at the Film School, he made several short films of which ‘Two Men and a Wardrobe’ (1958) and ‘When Angels Fall (1959)’ received considerable recognition. He graduated in 1959.

Additionally, he made his directorial debut in 1962 with ‘Knife in the Water’, a drama film, shot using only three actors. In the year 1965, he made ‘Repulsion’, a British psychological horror starring Catherine Deneuve, Ian Hendry, and John Fraser. The story is about a young woman who starts reliving traumas of her past when left alone in her home.

Whereas, his directorial debut in America was with the critically acclaimed psychological horror ‘Rosemary’s Baby’ in 1968 which was based on the best selling novel of the same name by Ira Levin. One of his most famous films, ‘Chinatown’ was released in 1974. It starred Jack Nicholson and Faye Dunaway and was based on a series of disputes over the southern California water.

In the year 1979, his romance film, ‘Tess’ was out. It tells the story of a strong-willed young peasant girl who realizes about her connections to an aristocratic family. Likewise, he made a romantic thriller, ‘Bitter Moon’ in 1992 which had Hugh Grant, Kristin Scott Thomas, and Peter Coyote. ‘The Pianist’ (2002) is another one of his more significant movies.

He has an estimated net worth of around $45 million (as per 2019 data) and he has earned that sum of money from his professional career.

This talented director has earned fame and fortune from his career. He is living a lavish life.

There was a controversy about Roman during 1977, he was arrested for the rape of a 13-year-old girl and was indicted on six counts of criminal behavior. Currently, he is far from rumors and controversies.

Roman Polanski has a height of 5 feet 5 inches. Additionally, he weighs 62Kg. His hair color is light brown and his eye color is dark brown.