Updated On March 6, 2022 | In controversy , Interesting Facts , Relationship
Share this 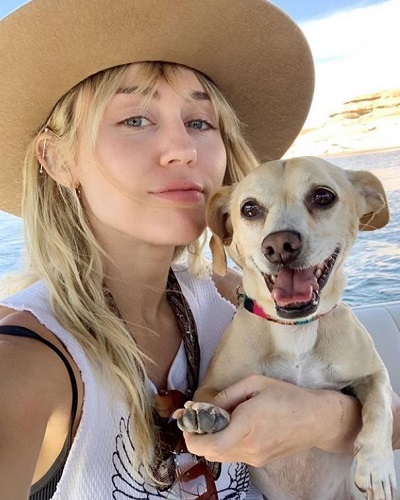 Miley Cyrus shares a very racy selfie on Instagram living everybody little to the imagination. This week she has been posting a series of solo mirror selfies to social media. Miley uploaded a picture of her where she was wearing wore a sheer tank top and was holding a guitar.

“I’m getting more basic by the day. The only thing the “new me” loves more than a mirror selfie is a self timed one. PS this is getting removed soon! I’ve been warned by the gram gods !”

Regarding this picture, what Instagram has to say. According to Instagram’s community guidelines on nudity, Nudity can be considered at the times of paintings and sculptures.

Instagram does not allow nudity on this platform. Moreover, this platform allows photos of post-mastectomy scarring and women actively breastfeeding.

“We know that there are times when people might want to share nude images that are artistic or creative in nature, but for a variety of reasons, we don’t allow nudity on Instagram. This includes photos, videos, and some digitally-created content that show sexual intercourse, genitals, and close-ups of fully-nude buttocks. It also includes some photos of female nipples, but photos of post-mastectomy scarring and women actively breastfeeding are allowed. Nudity in photos of paintings and sculptures is OK, too.”

Also read: Miley Cyrus yet another break up with Kaitlynn Carter! Kaitlynn still leaving flirty comments to Miley Cyrus? What is going on?

After Instagram’s strict community baning nudity in photos shared with the platform, Miley’s page was tested after she uploaded those pictures. She acknowledged the Instagram’s guidelines by writing:

‘PS this is getting removed soon! I’ve been warned by the gram gods!’

Previously, she backed the popular #FreeTheNipple campaign on Instagram. This campaign aims to desex the female nipple.

A new romance with Cody Simpson

Miley Cyrus and new boyfriend Cody Simpson can’t keep their hands off each other. They are very open about them on social media. Their Instagram feeds are filled with selfies and intimate videos together each day. Their photos/ videoes are often in scantily clad and in the bedroom.

An Instagram page @cortjewellery posted a photo of Miley showing off her rings. The photos have a caption saying:

???When you wake up and freak out to see @mileycyrus wearing the custom ring you made @codysimpson ???

Back in 2012, Simpson also described Cyrus as his “childhood celebrity crush”. This duo also got coordinating tattoos from Nico Bassill‘s private studio. Simpson had a skull and crossbones line with the grim reaper scythe’s underneath on his chest.

On the other hand, Cyrus got a bleeding heart that wrote: “Rock n’ Roll Heart” across it. Her tattoo also had a knife pierced through it on the back of her arm. This new couple has filled the social media feed with their photos. Their fans can visit their social media accounts if you want to see more of their closeness.

Also read: Too much in too less a time! Is Miley Cyrus romancing musician Cody Simpson?

A short bio on Miley Cyrus:

Miley Cyrus is a singer, songwriter, as well as an actress. Her real name is Miley Ray Cyrus and she belongs to American society. She had acted as the character Miley Stewart on the Disney Channel television series Hannah Montana in 2006. Along with her, her father had also starred on the series, which aired for four seasons until 2011.

She has been featured as a coach on the singing competition television series The Voice and has appeared in two seasons of the show in 2016. more bio…

The marriage of Irish singer-songwriter Sharon Corr with husband Gavin Bonnar is over! He is dating the sister of the queen of Spain
Tags : Actor Singer Songwriter