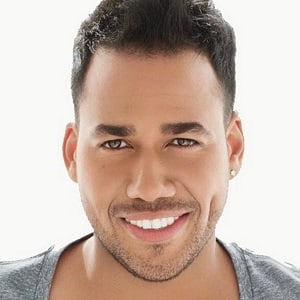 What is the relationship of Romeo Santos?

Romeo Santos is currently in a relationship with his longtime girlfriend whose details are not known. Additionally, he also has a son Alex Damián.

He was again blessed with another child (boy) in March 2019.

Who is Romeo Santos?

Romeo Santos is an American singer, songwriter, record producer, and actor. Previously, he was the lead vocalist of the American bachata band ‘Aventura.’

In his seven years of a solo career, Santos has released seven number one songs on the Hot Latin Songs chart.

Santos was born as Anthony Santos in New York City, New York on July 21, 1981. His mother stayed at home to take care of the family and his father worked in construction.

Romeo was exposed to the sounds of Tropical genres from a young age and by the age of 13, he had already joined the choir of his church.

He is of American nationality. Furthermore, he belongs to the mixed ethnic background of the African-Dominican Republic, and Puerto Rican.

Romeo Santos initially formed a group named Los Teenagers with his three cousins Henry, Max, and Lenny. Additionally, the group also released the album called ‘Trampa de Amor.’ They later changed the name of the band to Aventura. The group’s debut album was titled ‘Generation Next.’ The band garnered widespread fame after the release of their album ‘We Broke the Rules’ in 2002.

Santos embarked on a solo career and released his debut album ‘Formula Vol. 1.’ His other albums are  ‘Formula, Vol. 2’ and ‘Golden.’ In addition, he also has a live album titled ‘The King Stays King.’

Some of his popular singles are ‘All Aboard’, ‘La Diabla’, ‘Llévame Contigo’, ‘Propuesta Indecente’, ‘Cancioncitas de Amor’, and ‘”Héroe Favorito’ among others.  Furthermore, Romeo also appeared in the 2007 Dominican film ‘Sanky Panky.’ He also made his Hollywood debut in the film ‘Furious 7.’

Santos has one Grammy nomination to his name. Additionally, he received a nomination for Best Tropical Latin Album in 2012. He has won several other awards for his work in Latin music.

Santos has not revealed his current salary. However, he has an estimated net worth of around $30 million as of 2022.

Due to the lack of information about his personal life, there are several rumors which suggest that Santos might be gay. However, he has confirmed that he is not.

Furthermore, in February 2018, he became part of the controversy due to his too affectionate interaction with a fan on stage.

Furthermore, his hair color is dark brown and his eye color is black.

In addition, he has over 17.9M followers on Instagram. Similarly, his Facebook page has more than 30M followers.

The news of Incredible love story of newly born babies in the same hospital within 24 hour trending all over, Babies named “Romeo and Juliet”