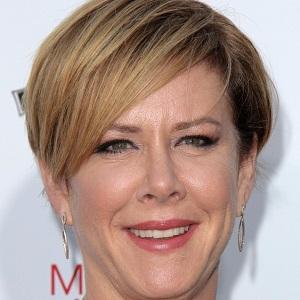 Romy Rosemont tied her knot with an American actor, Stephen Root. The couple appeared together in the 2011 horror film ‘Red State’ abut Romy left due to a scheduling conflict with ‘Glee’. Later, they both appeared in a 2011 episode of ‘Fringe’. Stephen has a son from his previous marriage.

Who is Romy Rosemont?

Romy Rosemont is an American television actress and she is famous for her role as Carole Hudson in the musical series ‘Glee’ in 2010.

She was born on October 28, 1964, in the USA. She is currently 54 years old. She has not provided information regarding her parents, siblings, and her childhood. Romy holds American citizenship but her ethnicity is unknown.

She attended Northwestern University and graduated from there.

She portrayed the role of Lizzie Sparks in episode 16, season 6 of the TV show ‘Criminal Minds’. She appeared as recurring role Carole Hudson in musical comedy-drama ‘Glee’ in 2009 and she told that’s he was enthusiastic about continuing her role in the series. Later, she made her appearance in three episodes of ‘The Fosters’.

She was awarded Best Actress for the film ‘John John in the Sky’ in 2001.

She has an estimated net worth of $1.6 million and her main source of income is from her professional career.

She is very secretive in nature. She has not been engaged in any rumors and controversies in her life.

She has got blonde hair and blue eyes. She has a height of 5 ft. 4 inches. Other information about Romy’s weight, dress size, shoe size, etc. are unknown.