Ron Howard is the director of an award-winning film, 'A Beautiful Mind.' He is also an actor and Co-Founder of Imagine Entertainment. Howard is married since 1975 and has four children.

Ron Howard is a married man for a long time. He is married to writer Cheryl Alley. The couple tied the knot on 7 June 1975.

This couple together has four children named Bryce Dallas Howard (b. 1981), twins Jocelyn Carlyle and Paige Howard (b. 1985), and son Reed Cross (b. 1987). Ron and Alley have been married for over four decades now and still, their relationship is going very well. 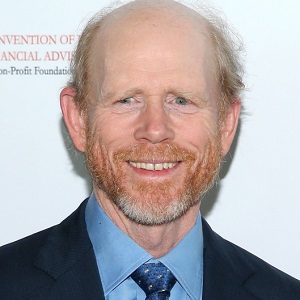 There are creative benefits to getting older.

Who is Ron Howard?

Ron Howard is an American actor and filmmaker. He is one of the most popular directors of today’s generation. He is famous for directing a number of successful feature films in his career.

Ron Howard was born on 1 March 1954, in Duncan, Oklahoma, USA. He is an American by nationality and belongs to German, English, Scottish, Irish, and remote Dutch ethnicity.

His birth name is Ronald William Howard. He is the elder son of Jean Speegle Howard and Rance Howard. His mother is a former actress and her father was a director, writer, and actor.

His family moved to Hollywood in 1958. After that, his family shifted to Burbank. Howard has a younger brother named Clint Howard, who is also an actor.

Ron attended John Burroughs High School. After that, he attended the University of Southern California’s School of Cinematic Arts. However, he did not graduate from the university.

Ron Howard has been an active member of the entertainment industry since 1959. He made his acting debut in the film The Journey in 1959.

He first rose to fame when he was cast as Opie Taylor in The Andy Griffith Show in 1960. In 1973, he played Steve Bolander in George Lucas’s coming-of-age film American Graffiti.

Howard made his directing debut with the 1977 low-budget comedy/action film Grand Theft Auto. Since then, he has directed many hit movies. In 2001, he directed the biographical drama A Beautiful Mind (2001).

Ron is a co-chairman of the film and television production company, Imagine Entertainment with producer Brian Grazer.

Since 2006, Ron is working as an executive director of the series Curious George. In 2008, he directed and produced the movie, Frost/Nixon. He appeared in the Jamie Foxx music video “Blame It” in 2009.

Howard directed a documentary, Pavarotti based on the opera singer, Luciano Pavarotti. On July 4, this documentary was released in theaters across Saudi Arabia.

Recently in 2022 he produces and directed the famous film Thirteen Lives. Likewise, in 2022 he played  the role of principal Himbry in the American Slasher film.

This talented actor plus filmmaker received Academy Award for best picture (Best Picture) in 2009. He is also the winner of the Golden Globes for Best Actor in a TV Series (1978).

For his work in the movie, he was nominated for many awards such as Golden Globe Awards, Academy Awards,  Primetime Emmy Awards, BAFTA Awards, and more.

Adding up more info, he was nominated for Academy Awards and BAFTA Awards, and Golden Global awards for directing the film Hillbiy Elegy.

Talking about the earnings, this filmmaker has a net worth of $200 million dollars as of 2022.

Ron owned a 32-acre house worth $27.5 million in Greenwich, Connecticut.

There is no information about her salary or income.

Rumors are that Ron will direct the upcoming untitled Han Solo Star Wars spinoff film. However, the news is still unconfirmed.

While talking about the body facts of handsome actor and director Ron Howard, he has a slim body.

His hair color is red and has got hazel eyes color. He weighs 79 kg. His body height is 5 feet 9 inches.