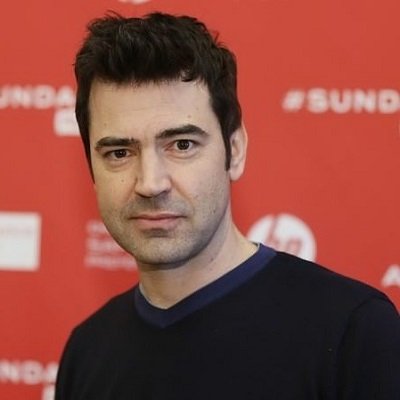 Ron Livingston is happily married to Rosemarie DeWitt. The couple first met each other at the set of the Standoff. Later, they started dating each other.

After dating each other for three years, they married on 2nd November 2009. The wedding took place at San Franciso where various movie celebrities attended the ceremony. Together, the couple has adopted two daughters; Gracie James Livingston (b. April 29, 2013) and Esperanza Mae Livingston (b. December 2015).

The actor was engaged to the actress, Lisa Sheridan. However, the couple called off the engagement. Lisa died on 25th February 2019 due to Benzodiazepine abuse and a brain injury.

Who is Ron Livingston?

Ron Livingston is an actor. Livington is renowned as Roger Perron of The Conjuring and Peter of Office Space.

Last, in 2020, Ron Livingston appeared in the TV series, 50 States of Fright as Blake.

Next, he will make his appearance in the TV series; Pep and Pantheon. As of now, the series is in the stage of post-production.

Ron Livingston was born on 5th June 1967 in Cedar Rapids, Iowa. His birth name is Ronald Joseph Livingston. He is of Scottish-Irish ethnicity.

He is the son of Kurt Livingston and Linda Livingston-Rinas. His father, Kurt is an aerospace engineer whereas his mother, Linda is a Lutheranism pastor. He has three siblings; John and Nick, and Jennifer Livingston.

His sister, Jennifer a journalist. Currently, Jennifer works for the digital channel, WKBT. Whereas both of his brothers; John and Nick are actors by profession.

In 1989, he graduated from Yale University with Honors in Arts majored in Theater Studies and English Literature.

He started his acting journey with theater at the Theater Cedar Rapids. After some time, he moved to Chicago and joined the local theaters.

In 1992, he landed his first role in the entertainment industry with the movie, Straight Talk. In the movie, he portrayed the character role as a soldier. Following that, he made his appearance in some movies like The Low Life, Some Folks Calls It a Sling Blade, and Swingers.

In 1996, he made his TV debut with the series, Townies. In the comic series, he appeared as Kurt Pettiglio.

Later, in 1999, the movie, Office Space happened in his life. The movie became one of the milestones in his acting career. After the movie, he appeared in several movies. However, his next successful project became the TV series, war drama miniseries, Band of Brothers. For the series, he also received the Golden Globe nomination.

Apart from the TV series, he is also a successful face in the movie industry too. As of now, he has appeared in more than 50 movies. Some of his movie’s name along with his character name and year is-

He has brown eyes with brunette hair. He stands at a height of 5 feet and 10 inches and weighs around 82 kg.

Back in 2009, the actor sued an alleged hacker for changing his Wikipedia biography relationship status as gay. The actor claimed that the internet bandit has been relentlessly changing his relationship with a man named Lee Dennison.

Also, he added that the hacker has also created a false Facebook profile for the actor that says that the two men are in a relationship with each other together.