Ronald Kurzawa’s relationship is possibly single. He is almost entering his teenage and is currently enjoying his childhood. 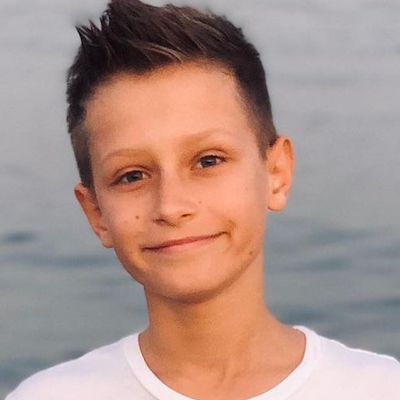 Who is Ronald Kurzawa?

Ronald Kurzawa aka RonaldOMG is a Canadian social media star. He is popular on a video-sharing app called YouTube plus on Instagram.

His birthdate is 03 Sep 2003 and he was born in Canada. The name of his mother is HoLa Kurzawa and his father is Freedy Kurzawa.

As per the academics, he is currently attending classes at Sotogrande International School.

Ronald Kurzawa is a popular digital star. He owns a YouTube channel created in Feb 2016, that has gained more than 4.14M subscribers.

Here he posts Fortnite, Roblox, and Minecraft gameplay-related videos. Some of his popular contents are I FIGURED OUT WHO THE IMPOSTOR WAS but NO ONE LISTENED!, AMONG US UPDATE (finally) It’s quite good, THE NEW NEIGHBOR IS A CROW!, etc.

He also has a second channel with over 593k subscribers. Moreover, his teamed-up channel with his sister, SIS vs BRO, has more than 14.4 million supporters.

Also, this web star has also got a massive number of fans on Instagram of around 442 thousand.

This digital content creator is keeping himself away from rumors and desperate scandals.

Ronald Kurzawa’s height is 4 ft 8 inches and his body weight is 38 kg. In addition, he has blue eyes and his hair is light brown.