Ronen Rubinstein is an American-Israeli actor.

Ronen Rubinstein is bisexual and his relationship status is taken. He is dating Jessica Parker Kennedy since 2018. His girlfriend is also an actress by profession.

During an interview with Variety, in April 2021, Ronen told that he fully identifies himself as bisexual. The session was held in a Zoom call and while revealing the news, he got goosebumps.

He said that he is now comfortable releasing the fact after hiding it for so long. He also wants to help another queer who is struggling for coming out.

As per Jessica, his partner, she is happy and supports him for telling the truth. 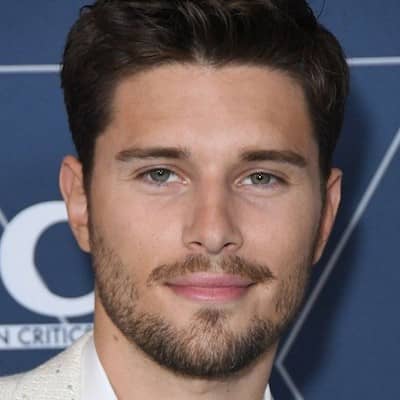 Who is Ronen Rubinstein?

Ronen is also a musician and filmmaker. His upcoming movie The Bend is announced and he will play the role of Christian.

He is also an environmentalist and is linked with Koala Comeback, Australia Wildfire Fund, Australian Red Cross, Stand Up For Pits Foundation, and Greenpeace organizations.

He was born on 07 Nov 1993 in Rehovot, Israel. The name of his mother and his father’s name is also behind the curtain.

Ronen’s ancestry is Ashkenazi Jewish and has a sister.

Talking about his academics, he passed out his high school from Staten Island. Then he went to New York Film Academy and graduated in 2013.

Ronen Rubinstein is now one of the popular faces of the entertainment industry. His first TV presence was in Orange Is the New Black (2015) as Nathan for an episode. He increased his fame after appearing in Dead of Summer as Alex Powell in 2016.

Recently, he played the role of Alexei Koslov in No Escape (2020) and as Jake in Smiley Face Killers (2020). His other notable movie acting credits are,

This Follow Me star is keeping himself away from rumors and is also not surrounded by any desperate scandals.

But he grabbed the media’s attention after revealing he is bisexual.

Regarding Ronen Rubinstein’s body features, his height is 5 ft 11 inches and his body weight is 73 kg.

Moreover, his eyes are blue but his hair color is dark brown. His body is fit and he follows an exercise routine.

Kyrsten Sinema; The First Ever Openly Bisexual Senator Of The Nation!