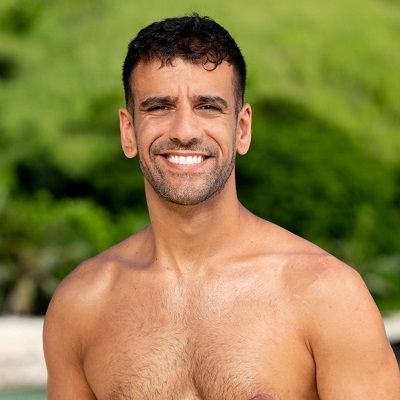 Growing up everyone around me was drinking. But within my own culture my parents never drank alcohol. I was drinking because I needed to fit in. They could take it, and I couldn’t. I am probably still suffering some health problems from all the drinking and smoking I did back in those days

“I wish I knew. My Mam wasn’t around much when I was a kid. I was always around my Dad and my little sister. My Mam left twice. She left when I was six months old, and came back when I was two and a half and she left again when I was 13

I have never thought about marrying a Jewish girl when I was younger. But I want my children to be Jewish, so I need to marry a Jewish girl. It feels good to be part of the Jewish tribe and I am proud of it.

Ronnie Bardah’s relationship is single. However, in an interview, he said, he has dated many women but has loved only a few of them.

Ronnie Bardah is an American professional poker player. Ronnie holds the world record for most consecutive cash in the World Series of Poker (WSOP) main event with a streak of 5 years from 2010-2014.

Ronnie Bardah was born on 29 Aug 1982, in Stoughton, Massachusetts, US. His mother’s name is Lidia Savino and has a sister named J Bardah. He bought a place in Henderson, Nevada for his father.

As his Bardah’s parents immigrated to the US from Israel. So, his ancestors are from Israel and he has studied till high school.

Besides poker, Ronnie is also interested in kickboxing. He 2010 because of health issues, he changed his eating habits and spent two and a half months in Thailand. there he studied Muay Thai, a Thai style boxing.

In 2019, he has participated in a reality show, Survivor: Island of the Idols. In it, he didn’t win any challenges. He lasted only for 3 days and was voted out. This made him the first contestant to get evicted.

This is a reality show which was first aired on Sep 25, 2019, till April 28, 2019, in CBS.  It is the 39th season of the Survivor series. This show has a total of 14 episodes. It has a total of 20 castaways which were divided into two tribes, Lairo and Vokai. Each tribe has 10 contestants.

He has a net worth of around $2 million.

He has brown eyes and black hair. His body height is 5 ft 9 inches and weight is 74 kg.