Ronnie DeVoe is a married man. He is married to Shamari Fears of the R&B group, ‘Blaque.’

The pair married on 10 March 2006. They have two sons together: Ronald III and Roman Elijah. Their marriage is going strong as there is no news regarding any extramarital affairs at present. 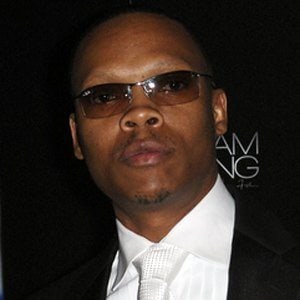 Who is Ronnie DeVoe?

Ronnie DeVoe is an American musician. People mostly know him as R.D., Ronnie D., Ron, and Big Ron. He has been involved in the R&B/pop group ‘New Edition’ and ‘Bell Biv DeVoe.’

DeVoe formed another group ‘Bell Biv DeVoe’ alongside, Ricky Bell and Michael Bivins. The band’s debut album was titled ‘Poison.’ Furthermore, Ronnie has released several albums with ‘New Edition.’ Some of them are ‘Candy Girl’, ‘All for Love’, ‘Under the Blue Moon’, ‘Heart Break’, and ‘One Love.’ In addition, with ‘Bell Biv DeVoe’, he has released albums including ‘Hootie Mack’ and ‘BBD’ among others. Ronnie has also appeared in several movies and video shorts.

DeVoe won the ASCAP Award in 1993 for ‘Mo’ Money.’ Furthermore, he has also won the Black Reel Award and Soul Train Award.

DeVoe has not revealed his current salary. However, he has an estimated net worth of around $15 million as of 2022.

DeVoe and his wife became part of controversies after they revealed that they have been in an open relationship for many years. At present, there are no rumors concerning DeVoe and his career.

Talking about his body measurement, Ronnie DeVoe has a height of 6 feet (1.83 m) and has a decent weight. Additionally, his hair color is black and his eye color is dark brown.

In addition, he has over 500k followers on Instagram.