Rooga is a father of a child. He occasionally uploads pictures of his son on his respective Instagram account.

However, he hasn’t disclosed the mother of his child.

Also, he prefers to keep a low-key profile so, there is no detail available about his love life and past affairs. 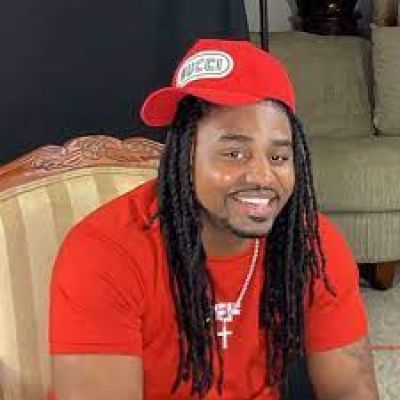 Rooga is recognized as a Musical artist, rapper, and songwriter from Chicago. He is best known for his hip-hop and rap songs.

Rooga was born on the 15th of October 1993 in South Side, Chicago, Illinois, United States. His full name is Denzel Charles. However, he is widely popular by his stage name as Rooga.

According to his birthdate, he is 28 years old as of now. He hasn’t yet disclosed his parents, early life, and siblings’ details in the media. Also, his academic background is under the curtains.

He holds an American nationality and he belongs to the All-American ethnicity.

Rooga has signed to JHE Rooga, MONEYSTONGTV, and Rap Radio. His recent project, “Gd Anthem” was released on the 5th of July 2021 under the record label, JHE Rooga. He is the writer and artist of the album produced by Matt Vega. On April 25, 2021, he has released another song named Horizon.

On Oct 9, 2020, he went live on YouTube to tribute his cousin FBG Duck which had garnered 2.8 million views within the first thirty days.

The musical artist has managed to maintain a clean profile to date, He hasn’t been part of any sorts of rumors and controversial matters that create a huge buzz in the media.

Charles might have earned considerable money from his profession as a musical artist. However, he hasn’t shared anything regarding his net worth, salary, and other earnings in the media.

Charles has a muscular body physique with a decent height. He stands at the height of 5 feet 10 inches tall. Likely, he has a black pair of eyes and as well black hair color.

He has also shared his email id [email protected] for any business inquiries.