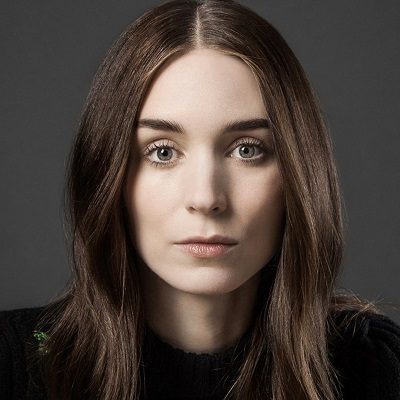 I refuse to engage in anything until I'm fully sure that I'm capable of it.

There aren't many interesting and diverse parts out there for women. There seem to be a few different stereotypical roles that get recycled, so it was refreshing to have this complex character for a woman

I don't think the human body is something to be ashamed of. Every other person on the planet has the same parts as I do. So seeing them shouldn't be a huge shock to most people.

Rooney Mara is in a relationship with her co-actor, Joaquin Phoenix. They started dating each other back in 2016. In July 2019, they announced that they are engaged with each other. However, the wedding date is still unknown.

The lovebirds are expecting their first child. They shared the news with their fans in May 2020. Recently, in late Sep 2020, this couple was blessed with a child. They named him after Joaquin’s late brother name River Phoenix.

Previously, Mara was in a relationship with the director, Charlie McDowell. They started dating in 2010. Eventually, they broke up with each other after six years in 2016.

Who is Rooney Mara?

American Rooney Mara is Two times Oscar-nominated actress. She is renowned as Therese Belivet of Carol and Lisbeth of The Girl with the Dragon Tattoo.

Last, in 2018, she appeared in the movie Mary Magdalene as Mary. She is also a co-owner of the clothing line, Hiraeth.

As of now, she is filming for a thriller film, Nightmare Alley. Next, she will make her appearance in A House in the Sky as Amanda Lindhout.

Rooney Mara was born as Patricia Rooney Mara on the 17th of April 1985 in Bedford, New York.

Her, mother, Kathleen McNulty is a real estate agent by profession. Also, Kathleen’s family is the founder of the football team, Pittsburgh Steelers.

She is the third child of her parents. Her siblings include two brothers, Daniel and Conor, and a sister, Kate. They are of mixed (British-Irish-Italian-Germanic-French) ethnicity. Her elder sister, Kate is also an actress.

In 2003, she graduated from Fox Lane High School. In High School, she landed her first role as Juliet in Romeo & Juliet.

After that, she joined George Washington University. However, she transferred to the Gallatin School of Individualized Study where she earned a bachelor’s degree in psychology.

Professionally, Rooney Mara started her career as an actress in the mid-2000 in some minor roles. Moving forward, she landed her first concrete as Jessica DeLay in the series, Law & Order.

After that, she appeared in the series likes Women’s Murder Club, The Cleaner, and ER in single episodes. In 2008, she made her debut in movies with Dream Boy.

Moving forwards, she featured the movies including Youth in Revolt, A Nightmare on Elm Street, and The Social Network. However, her character, Lisbeth Salander in The Girl with the Dragon Tattoo became one of the groundbreaking characters in her career.

Later, in 2015, she featured Carol as Therese Belivet which is one of her best in her career timeline. For that, she was also nominated for Academy Awards for best actress in the supporting role. After that, she appeared in the movies like Pan, Lion, and Don’t Worry, He Won’t Get Far on Foot.

She took a break from her acting career in 2019. As of now, she making her comeback with the movie, Nightmare Alley which will be released in 2021.

Besides that, she also makes from the profit of the clothing line business, Hiraeth.

Back in 2015, she has caught up in the controversy when she portrayed the character of the native American, Tiger Lee in the movie, PAN.

At the time, her casting in the role was backlashed as referred to as whitewashing.

Rooney Mara a blue-eyed brunette. Her height is 5 feet 3 inches and weighs around 52 kg. Her body measurements are 33-23-34 inches. Also, she wears dresses of size 4(US) and shoes of size 6(US).