She revealed in the Playboy Photoshoot that previously, she dated few guys while she newly arrived in New York City.

She loves her job and enjoys traveling to different places for her job. 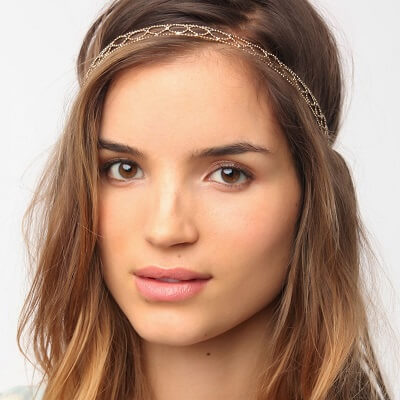 “I wake up in the morning and think, oh my God, I love this place." ''I grew up in Milo, Holland. Its ain't over Anasuya so near Belgium. It's very calm, peaceful, and like green and I know it's a little bit too boring for me.''

Who is Roos van Montfort?

Roos van Montfort is a Dutch model, well known as the Playboy Playmate of the Month for January 2014.

Montfort is also the 60th Anniversary Playmate whose centerfold was photographed by Sasha Eisenman.

Currently, she is signed to Q Model Management in New York City.

Montfort was born on November 29, 1989, in the small town Geldrops, Netherlands.

At the age of 20, Monfort was scouted in Holland which began her modeling career.

Later, she moved to London. At the time, her ambitions were to move to California, become a Bond girl, own a business, and one day has a family. Then she moved to NYC.

Montfort started her career in modeling at the age of 20.

Later, in 2014 she became  ‘Playmate of the month’ and got to appear in Playboy Magazine as ‘Miss January 2014′. Sasha Eisenman shot her for the magazine. She was also entitled to the ’60th Anniversary Playmate’.

She also does model for Victoria’s Secret.

Montfort has flaunted the magazine cover of May DIVA, Austria: ‘Diva’ – May 2012.

She has walked fashion shows at Ready to Wear – Autumn/Winter 2010, and Ready to wear – Spring/Summer 2011.

In 2019 February, she was signed to Q Model Management, NYC.

How Much Does Roos van Montfort Earn?

Much of the earnings come from her modeling career in NYC.

The exotic model has brown hair with brown eyes.

She has the perfect physic for being a fashion model in New York City. She takes care of her physic through a good diet and exercise.

You may also know about the body measurements, net worth, and career of Petra Verkaik, Alexandra Tyler, Stacy Sanches, and Alyssa Arce.