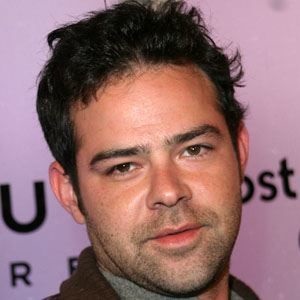 I didn't really know exactly the point where I wanted to be an actor. But I know at this point because I never went to college, I don't really have anything to fall back on.

I try not to think about negative thoughts and possibilities and disaster and things like that.

When you're doing that TV thing, you're doing the same thing for years and years. You can fall into bad habits as an actor and I think it can take a toll on your ability to act, which I think is scary.

I do not regret the things I've done, but those I did not do.

Rory has been dating with Renée Zellweger since 1993. But their relationship couldn’t last long and broken up in the year 1995. The reason behind their break up is currently unknown.

Currently, Rory is unmarried and living a single life.

Who is Rory Cochrane?

Rory Cochrane is an actor belonging from America. He is popular for his TV shows like The Company, CSI: Miami, and The Last Don.

Rory Cochrane was born in Syracuse, New York, U.S. on February 28, 1972. His father is from Ireland and his mother from India. He spent most of his childhood in England.
Nicki Cochrane is her mother. His father name is currently unknown. He has got two siblings in his family namely Siobhan Cochrane(Sister) and Brendan Cochrane(Brother).
There are no more relevant records and data currently available regarding his family and childhood.

Rory started his film career by acting in a docudrama. The docudrama is based on the drugs entitling Saturday Night with Connie Chung (1989). He also appeared in an episode of H.E.L.P. (1990). He then started a film debut in A Kiss Before Dying(1991), followed by Fathers & Sons(1992).

No, any relevant records are currently available regarding his lifetime achievements and awards.

Rory Cochrane: Salary and the Net worth

There are currently no any relevant data and records available related to his salary and the net worth.

No, any information is currently available related to his rumors and controversy.

Rory has a height of 6 feet. His body measurement is currently unknown. He possesses dark brown hair color and dark brown color eyes.