Rory Culkin is an actor who has appeared in several movies as well as TV shows. Rory Culkin and Sarah Scrivener were in a love relationship for a very long time. 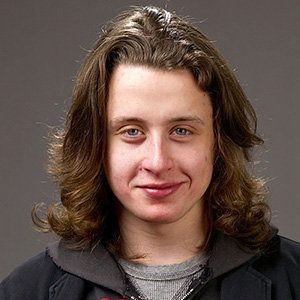 I only work once or twice a year for about a month, so I have a lot of free time. But I'm good at being alone, which helps

When I was little, acting opportunities were always proposed to me as 'a favour.'

What is the relationship of Rory Culkin?

Rory Culkin and Sarah Scrivener were in a love relationship for a very long time. Sarah is a cinematographer and they met each other on the set of Scream 4. From there, this couple started to date.

After dating for several years, they decided to take their affair next level. Recently on April 8, 2018, Rory and Sarah got married in New Orleans, Louisiana.

Though they haven’t shared any news about a child’s birth, their conjugal life is going pretty well.

Who is Rory Culkin?

Rory Culkin is an award-winning American actor who has started his acting career in 1993. Since then he has featured in several movies as well as TV shows.

His acting skill on Scream 4, You Can Count on Me, and Signs are highly appreciated.

He was born on July 21, 1989, and his birthplace is New York City, USA. He was born as Rory Hugh Culkin and has the nationality of America with mixed (Irish, German, English, Swiss-German, French, German, Norwegian) ethnicity.

This man belongs to a celebrity family who all are engaged with the entertainment industry. Rori’s father is Christopher ‘Kit’ Culkin (stage actor) and his mother, Patricia Brentrup is a homemaker.

Since Rory started his career at a very early age, he has attended Professional Children’s School. There is no information about further studies.

This talented star first appeared in the movie The Good Son (1993) but in a photograph only. Then in 1994, he was featured in his brother’s film in Ri¢hie Ri¢h.

Then his breakthrough point came in 2000 where Rory was cast in a drama film You Can Count on Me. Seeing his acting skills in this movie, he got recognition and appreciation.

Talking about the awards, he has won his first Young Artist award in 2001 and also shared Film Independent Spirit Awards in 2005 with his co-stars of Mean Creek.

This talented actor with the help of the acting profession earns a handsome amount. As per the sources, for the movie Signs (2002), Rory has received around $100,000.

Being associated with the star family, Rory has kept an image of a good man in front of the public. So far he hasn’t suffered from any big rumors and controversies.

Rory Culkin has a height of 5 feet 6 inches and a body weight of 68 kg.

He has a blue pair of eyes, brown hair with medium length, and white skin.

The other body features like shoe size, biceps size, etc are unknown.

It is seen that Rory doesn’t have any official social media accounts.

Liam Aiken
Tags : Actor Scream 4 You Can Count on Me