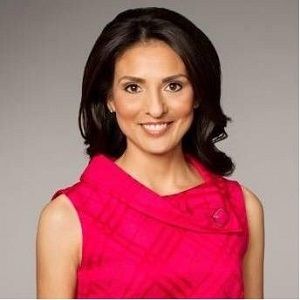 Rosa Flores is possibly single as of now. But it is not sure. There is no news about her relationship or love affairs. Although she puts her professional life out in the media, she feels quite the opposite about sharing her personal life.

He always has been secretive about her private affairs. And as of now, many of her admirers want to know regarding her love affairs and relationship status. But as of now, we don’t have any details of such thing. So we can only wait until she chooses to reveal this information.

Who is Rosa Flores?

Rosa Flores’ birth date and birthplace are not known. She has kept her personal life out of the radar of the public. Consequently, there are no details regarding her family background, childhood, and her early life.

For her education, she attended Progreso High School. Afterward, she enrolled at the University of Texas at Austin. She completed her Bachelor’s degree in ‘broadcast journalism’ and ‘business administration.’ Later, she also graduated with a Master’s degree in accounting.

Rosa Flores is a professional TV journalist. She is a well-known news reporter. She started her career in 2005 in an accounting firm, ‘KPMG.’ Then she joined the CBS network.

Rosa Flores used to work for ‘KWTV-DT’ of the CBS network in Oklahoma City. She did the news reporting job there. Afterward, she transferred to Houston. There she worked for ‘KHOU-TV.’

After that, she used to work for the NBC’s ‘WDSU-TV’ for some time. Again she moved to NBC and worked as a news anchor for ‘WBRZ-TV.’ Finally, she joined CNN in 2013.

Since then she has been working as the news correspondent for CNN. Some of her coverings are “Pope Francis visit to U.S., Mexico, and Cube,” “Hurricane Harvey,” and others.

Presently, she is a news correspondent or a news reporter for CNN. She is based in Miami as of now. Additionally, she also has interest in photography.

Currently, she is in her top stage in her career. Consequently, she earns a good amount of money as salary. She has been able to make a vast fortune of money. But as of now, her net worth and salary figures are not known yet.

Rosa Flores reports on lots of controversial news and issues. Recently in August 2017, a victim of Hurricane Harvey cussed her on air.

It was because the woman did not think it was the right time to interview the victim. Subsequently, she is not close to any controversies and rumors as of now.

Rosa Flores is a talented person with an apex reporting skills. She has black hair and dark brown eye. Details about her height, weight and body figure are not known.