Actor Rosa Salazar is low-key about his present romantic affair.

She was engaged to Isaac Hilleger. The ex-couple met on the sets of College Humor. The valid reason for their split is not yet confirmed.

Previously, she was in a relationship with Sam Setzer. They separated in 2018. Sam has accused her of misbehaving.

Also, she was rumored to be dating Adam Pally. 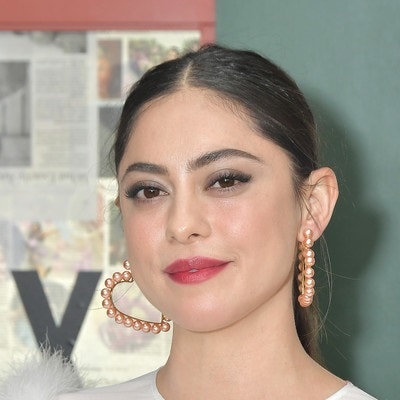 I'm not an intensely mystical person. I don't do numerology. I'm a Cancer, but that's as far as I go

I was emancipated at 15. I went to school and had a full-time job and apartment, and ever since, I've been on my own, parenting myself

I told myself when I was broke and homeless that my biggest goal was just to have a house. That goal was achieved. I'm just really, really lucky.

Who is Rosa Salazar?

Rosa Salazar is an American actress.

She is best known for her role in the FX anthology series ‘American Horror Story’ (2011) and in the NBC series ‘Parenthood’ (2010).

She was born on July 16, 1985, in British Columbia, Canada. Rosa was raised in Washington, D.C., and nearby Greenbelt, Maryland. She was born to her father Luis Salazar and mother Marilynne Salazar.

Rosa holds American citizenship but her ethnicity is Caucasian.

She joined Eleanor Roosevelt High School in Greenbelt and was active in the school theatre program.

She initially worked as a concessions coordinator at a landmark theatre in Maryland. Then, she started her career performing in New York City and then moved to Los Angeles in 2009.

Rosa Salazar portrayed the recurring roles on ‘American Horror Story: Murder House’ and ‘Parenthood’. After that, she made her appearance in ‘The Divergent Series: Insurgent’ as Lynn and also appeared as Brenda in ‘Maze Runner: The Scorch Trials’.

She debuted her major studio lead debut from the film ‘Alita: Battle Angel’ in 2019.

She was nominated for BTVA Video Game Voice Acting Award in the category Best Vocal Ensemble in a Video Game for ‘Batman: Arkham Origins’ in 2014. Also, she won the Breakthrough Achievement Award for her performance in ‘Night Owls’ in 2015.

There was a rumor that she will appear in Alita Battle Angel and the rumor ended after she appeared in the film.