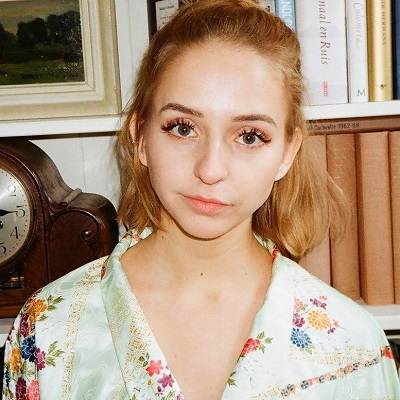 However, she often shares pictures for them spending some quality time with each other.

Previously, Rosa was married to the YouTube star, Sam Pottorff. In 2016, they got engaged with each other. Following that, the couple got married on the 4th of March 2017.

In 2018, they parted their away with divorce.

Who is Rosa van Iterson?

Dutch Rosa van Iterson is an actress, producer, and YouTuber. She is renowned as Angela of the short movie, Caged.

Rosa van Iterson was born on the 27th of April 1992 in the Netherlands. She is of Dutch ethnicity.

Till the date, she has not shared any details on her mother and father. However, she has shared a picture of her father on Instagram. She has a sister.

Talking about her educational background, in 2014, she attended the Film Actors Academy Amsterdam.

As an actress, Rosa van Iterson entered the entertainment field with the international short movie, Uitgesproken (caged). In the movie, she appeared as Angela. In the movie, she shared the screen with the actors like Josha Stradowski, Yldau de Boer, and Leendert de Ridder.

The following year, she appeared in the TV series including Hidden Stories, Project Fear, and Het mysterie van…  in some minor roles. The same year, she featured the series, Het verborgen Eiland as Joy. That became one of the milestones of her acting career.

After that, she made her appearance in the short movies like God’s Got Talent, Love Stick, and The Proposer. Apart from acting, she has also produced the short, Young & Alone.

Apart from acting, she has also co-directed the short, The Chase. Also, she is popular for her YouTube videos too. In 2015, she created her YouTube channel and has over 5.58k subscribers with more than 490.9k views.

In the channel, she has talked on topics like feminism, meditation, self-help, and motivation. Her last video on the channel was uploaded in June 2018.

Besides that, she also ran the youtube channel, Sam & Rosa along with her ex-husband. As of now, she no longer makes YouTube videos.

As of 2020, she has an estimated net worth of $100 Thousand. As an actress, she makes in the range of $21k to $215k income. Apart from that, she also makes through her production works too.

Rosa van Iterson has blue eyes with blonde hair. Her height is 5 feet 7 inches and weighs around 55 kg.

Till the date, she has not been involved in any sorts of controversy and scandals that created a buzz in the media. Besides that, she has managed to maintain a distance from any type of rumors too.

You may also read the bio Kiana Madeira, Kyle Weishaar, and Sydney Imbeau.