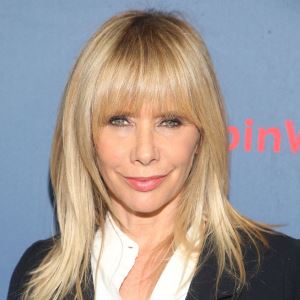 "I love music and musicians. And seeing great artists dropped from labels was really frustrating and sad to me"

"Men want girls. Most men want little girls. They want them in a film. They want to look at them. That's all they want. An evolved man is not going to look that way"

Rosanna Arquette firstly married to Tony Greco on July 17, 1979, when she was 20 years old. Then after, the relation for 1 year and 3 months on October 6, 1980, they took divorce. Hence the reason is not disclosed yet.

After Tony, she exchanged vows with James Newton Howard on 13 September 1986. But the relationship turned into bad and they decided to separate with each other on 2 October 1987.

Again after James, she married John Sidel on 19 December 1993 and had a daughter Joe Sidel. Living for 6 years again the relation turned into bad and they took divorce on February 1, 1999.

She was single till 2013, then after she again began to date Todd Morgan and got married on 18 Agust 2013. They seem happy with each other.

Who is Rosanna Arquette?

Rosanna Arquette is a well-known actress, film director, film producer, and also who became the representative for The Womanity Foundation in 2010.

She was born on 10 August 1959 in New York City, of U.S. to her parents Lewis Arquette (father) who was an actor, and Brenda Denaut (mother) who was a therapist and an acting teacher also. As of 2021, she is 62 years old.

She has siblings of two brothers Richmond Arquette, David Arquette, and two sisters Patricia Arquette and Alexis Arquette, all are actors. Her birth sign is Leo.

Talking about her childhood, she was grown up working hard at a very young age. As her family was an actor she became inspired and started playing a role in movies. Her first movie was The Dark Secret of Harvest Home on which she played a role as a teenager in 1978.

There is no information regarding her education and descent that is not disclosed.

She started her career at a very young age playing a role in The Dark Secret of Harvest Home. Then, she continued her acting and various television followed her. She became popular on both television and film screens. She was awarded for the TV Film The Executioner’s in 1982 which inspired her. But, with a nude scene, she was not happy.

Rosanna started directing films are Searching for Debra Winger(2002) and All We Are Saying (2005). She also appeared on What About Brian and Showtime’s The L Word.

She joined Fit Parent Magazine in 2009. She also became the representative for The Womanity Foundation in 2010.

With her hard work, she had achieved various awards she got Emmy Award for the TV film The Executioner’s Song(1983), British Academy Films Awards (BAFTA), Independent Spirit Awards, The Stinkers Bad Movie Awards(2000), Fantasporto as a special Career Award (2007) and many more.

Rosanna Arquette: Salary and Net Worth

She is known to be the highest-paid actor and might earns a huge amount of salary but her salary information is not provided. She has a net worth of $20 million.

There was a rumor on Rosanna Arquette’s death but it was a hoax news spread on Facebook and hundreds of her fans wrote condolence on Facebook pages. There was a controversy that Harvey Weinstein greeted her in a hotel in just a bathrobe and put her hand on his genitals.

She said after that she rejected his advances, her career suffered. She also said she believes she lost at least one role because of the incident.

On talking about her body measurement, Rosanna Arquette has a height of 5 feet 5 inches and a weight of 55kg. Additionally, she has a measurement of 37- 24-36 inches.

Her feet size is 8(US) and her dress size is 6(US). She has the hair color of Dyed Blonde and her eye color is Blue.

Who is Todd Morgan? Know about his Philanthropy career, married life with Rosanna Arquette, net worth, biography