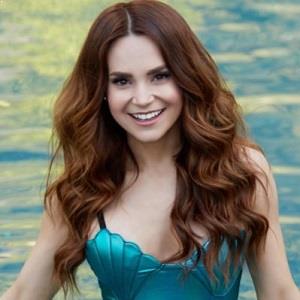 I enjoy music and cooking and cartoons and many other things

I never focus on success

A good joke can spread throughout the Internet between the time you go to bed and the time you wake up, leading to an inbox filled with pictures of funny cats and cheeseburgers.

What is the relationship of Rosanna Pansino?

Rosanna Pansino was in a relationship with actor Josh Sussman at the start of 2010. Currently, she is dating commentator Mike Lamond.

There are no further details about this relationship. Furthermore, Pansino does not have children from any of her relationships.

Who is Rosanna Pansino?

Rosanna Pansino is an American baker, author, actress, and YouTube personality. She has her own YouTube channel which is famous for ‘Nerdy Nummies’.

Additionally, she has appeared in several TV shows including ‘Bizaardvark’, ‘Emo Dad’, and Bad Internet’ among others.

Pansino was born in Seattle, Washington on June 8, 1985. She has a younger sister, Molly Pansino. She became interested in cooking in her childhood years and she got inspiration from her grandmother.

Additionally, she is of American nationality. Furthermore, she belongs to a mixed ethnic background of Italian, Croatian, German, and Irish.

Pansino initially began making videos on YouTube. The ‘Nerdy Nummie series that she created is one of the most famous series on the video-sharing platform.

Currently, she has over 9.5M subscribers on YouTube. Additionally, she has worked with some of the famous names on YouTube including Lindsey Stirling, Grace Helbig, Rhett and Link, Michelle Phan, Bethany Mota, and Jacksepticeye among others. She is one of the most recognized faces on YouTube.

Furthermore, Pansino has also authored books including ‘The Nerdy Nummies Cookbook: Sweet Treats for the Geek in All of Us’.

Additionally, she also worked as a producer for ‘Ro’s Life’ from 2013 to 2018. She has appeared in television series including ‘Parks and Recreation, ‘Warren the Ape’, ‘Glee’, ‘CSI: Crime Scene Investigation’, ‘Broken Quest’ and ‘Husky Tales’ among others.

Pansino won the Shorty Awards in 2013 in the category of Food. Additionally, she has also won The Taste Awards. Furthermore, she has garnered nominations for Streamy Awards two times in 2014 and 2015.

Pansino has not revealed her current salary. However, she has an estimated net worth of around $ 9 million at present.

Is Rosanna Pansino involved in any rumors and controversies?

Several videos posted by Pansino on YouTube have been termed controversial over the years.

However, she has successfully kept her channel away from ‘YouTube Drama’. At present, there are no rumors concerning her life and career.

Talking about her body measurement, Pansino has a height of 4 feet 10 inches or 147 cm.

Also get to know more about the birth facts, education, career, net worth, rumors, height, and social media of different personalities like Rudy Mancuso, Joshua David Evans, and Tiffany Hendra.