Rose Byrne is an Australian actress, who No 5 Hallmark Channel's TV's sexiest leading woman poll in 2008. Rose is in a relationship and has two children with her boyfriend.

Rose Byrne is in a relationship with Bobby Cannavale since the year 2012. Bobby is an actor. On February 1, 2016, she gave birth to their first son Rocco. They went public with their relationship at the 2013 Emmys.

They welcomed a baby boy, Rafa Cannavale on 16th November 2017.

Previously, she was in a relationship with Brendan Cowell, an Australian writer, director, and actor for more than six years but the relationship ended in 2012 after Brendan moved to New York for his further career. 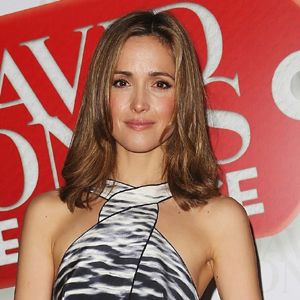 I think it's important to keep an element of fear about yourself because it makes you appreciate the jobs.

I don't think that insecurity ever leaves you. You're a freelancer. There's always an element of uncertainty.

Who is Rose Byrne?

Rose Byrne is an Australian actress famous for The Goddess of 1967. She has also given hits like Bridesmaids and X-Men: First Class and Neighbors 2: Sorority Rising.

She was born Mary Rose Byrne to Robin Byrne. Her father Robin was a semi-retired statistician and market researcher whereas her mother Jane Byrne is a primary school administrator and is the youngest of four children, George, Alice, and Lucy.

She has a brother: George Byrne and two sisters: Lucy Byrne and Alice Byrne.

Rose is of mixed (Irish and Scottish) descent and holds Australian citizenship.

In the beginning, she started her education at Balmain Public School, after which she attended Hunters Hill High School.

Rose completed her education at the University of Sydney. She has Yoga, Swimming, and reading as her hobbies

Her role in the film Neighbours 2 and X-Men: Apocalypse was very much praised by her fans and critics. Apart from it, she worked on HBO playing in The Immortal Life of Henrietta Lacks. Rose Byrne started her career at the age of thirteen performing in Dallas Doll.

The Goddess of 1967 was a very big hit movie of her career where she was seen in the lead role and won an award for the best actress.

Apart from it she also worked for many television shows like Heartbreak High, Fallen Angeles, Eco Point, and many more. She also appeared in the hit movie Star War – II, The Raje in Placid Lake, and Take Away.

In 2004 she played an Oscar-nominated movie, Troy. It also helped her in raising her fame after which she got a chance to act in The Tenants, The Dead Girl, 28 Weeks Later, Just Buried, Knowing, Get Him to the Greek, and Bridesmaids.

In 2011 she worked as a CIA agent in X-Men: First Class which raised her fame to a very high level and she started to get movies like The Internship, The Turning, and Neighbors.  She also won AACTA Award in 2014 for the Australian Movie The Turning.

There is no information about his yearly or monthly salary but her net worth is $16 million as per data of 2022.

The famous actress is seen wearing a giant diamond sparkler on her finger while in her native Australia. She seemed to be in a relationship with Bobby Cannavale.

The sparkling actress, Rose has a curvy figure with 32-23-33 inches as the body measurement and wears a bra size of 32B.

She stands at a height of 5 feet and 6 inches and with 53 kg as her weight. She has blonde hair and beautiful dark brown eyes.

Rose Byrne is inactive on social media or she has kept her profile in a private mode. She is not seen on any social media other than Twitter. She has followers of 7k on her Twitter profile but the profile is not yet verified by Twitter.

Dani Mathers apologizes for the Locker room incident and claims that it has definitely affected in her relationship! Click for the details!