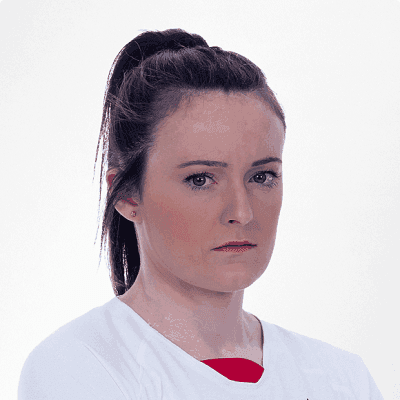 Rose Lavelle’s relationship status is currently single and she has a house in Cincinnati, Ohio.

Her relationship with soccer fans, however,  is a never-ending love affair.

This youthful striker is truly a prolific and outstanding player, but, she has remained determined in her career. She is just focused on building her career.

Who is Rose Lavelle?

Rosemary  Lavelle is an American professional soccer player. Rosemary is a midfielder for the Washington Spirit of the National Women’s Soccer League and the United States national team.

She was awarded the Bronze Ball at the FIFA Women’s World Cup.

She was a breakout star, scoring three goals during the Women’s World Cup in France.

As of 1st Nov 2019, Rose Levelle and Heather Mitts have set a date for the 3rd annual Cincinnati’s  Girls Soccer Camp.

Rose Lavelle was born Rosemary Kathleen Lavelle on May 14, 1995, in Cincinnati, Ohio, United States. Her parents are Marty Lavelle and Janet Lavelle.

She was raised with her three siblings named John, Honora, and Mary, of Native North American heritage.

She represented the United States at multiple youth levels before making her senior international debut on 2017.

Rose Lavelle started playing for professional football leagues during the 2014 summer. When she joined the Dayton Dutch Lions under the USL W-League, and switched to the Seattle Sounders Women, during the 2015 summer still in the same League.

However, in 2016 following the demise of the W-League, she went back and joined the Lions. But this time she is to play in the Women’s Premier Soccer League for the 2016 season. In 2018 Lavelle was again the best overall pick in the dispersal draft organized by the NWSL because of the exit of the Breakers.

Speaking about international duty, She is part of the United States Women’s National Soccer Team roaster. Which she joined since 2015, making her debut in the team during the match against England in 2017. She Believes Cup, and she named the Player of the Match following their 1-0 loss.

Again, Lavelle, they integrated Lavelle to the U.S. Women National Team line-up for the 2018 CONCACAF Women’s Championship. She eventually played all the games for the U. S during the tournament. Rose could score 3 goals, helping the U. S team to claim their second back-to-back CONCACAF title.

She has also won awards such as Hermann trophy, Women’s U-20 championship Goldenball as well. Other not worthy wins are :

Rose Lavelle is the player with a constant reputation through the public. where she would have faced any Rumors and Controversy till the date

Rose Lavelle is a brunette with dark eyes. Her height is 5ft and 4 inches and weight is 55kg. Her body stats are 33-25-33 approximately.

You may also like to read about Net Worth, Rumors, Body Measurement of Paul Pogba, Jacob Payne and Raekwon McMillan.