Signed to the Ultimate Fighting Championship (UFC) and she participates in the women's strawweight division. 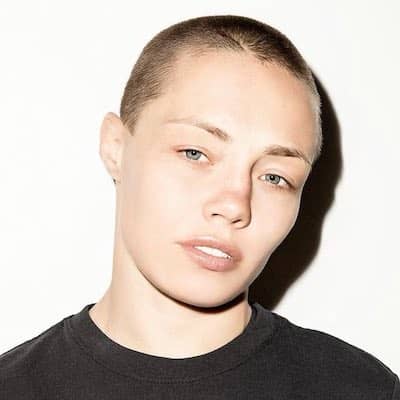 Rose Namajunas is currently engaged. She and her fiancee Pat Barry knew each other when she joined Rofussports to learn martial arts.

Since then this couple is dating and they have exchanged rings. As per Pat, when they first met, she punched him on the head.

Who is Rose Namajunas?

At present, she is signed to the Ultimate Fighting Championship (UFC) and she participates in the women’s strawweight division.

She was born as Rose Gertrude Namajunas on 29 June 1992 in Milwaukee, Wisconsin, United States. The name of her mother was Jolita Frank (pianist) and her father was Arturas.

Her dad passed away in 2008 due to pneumonia. Rose’s ancestry is Lithuanian and she has a brother Nojus who is also a martial artist.

Talking about her academics, she attended Milwaukee High School of the Arts.

Rose Namajunas is popular for her fighting styles. She uses advanced technical striking along with footwork and a variety of angles to take her opponents down. She was trained by Trevor Wittman, Pat Barry, Tony Basile, and Greg Nelson.

During her MMA career, she has won a total of 10 matches out of 14. She won two of them and lost one by knockout. Recently in April 2021, during a match with Zhang Weili, she knocked her out and won the fight.

Due to her excellent fighting skills, Rose has won several titles. Some of them are,

At present, she collected an estimated net worth of around $1 million. However, her salary and other earnings are unknown.

This MMA is keeping herself away from rumors and is also not surrounded by any desperate scandals.

Regarding Rose Namajunas’s body features, her height is 5 ft 5 inches and her body weight is 52 kg.

Moreover, her eyes are blue, her natural hair color is dark brown, and has a fair skin complexion.