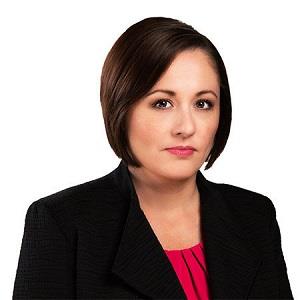 What is the relationship of Rosemary Barton?

Although a famous television personality, Rosemary Barton has not disclosed most of her personal information to the world.

There has not been any official news regarding her boyfriend or husband as of now. She has not opened much about her personal life to the tabloids.

Rosemary hasn’t started a family and has no children. This might be due to her immense focus on her career at the moment.

Who is Rosemary Barton?

She is currently the Parliament Hill correspondent for CBC News.

Rosemary Barton was born in Winnipeg, Canada on May 31, 1976. Her current age is 46. She holds Canadian nationality. Information regarding her parents is not available.

Furthermore, she always dreamt of being a political reporter during her childhood. She became interested in politics throughout her early life.

She has now successfully completed her childhood dreams and is one of the most talented figures in the field of journalism at the moment.

Talking about her education, Rosemary attended the University De Saint-Boniface and graduated there in French literature. In addition, she is also a graduate of Carleton University in Journalism.

Initially, Rosemary Barton started working as a researcher for the Canadian Broadcasting Corporation’s French-language news network RDI during the starting point of her career.

Later, she became a National Assembly of Quebec correspondent for Global News. In addition, she first joined CBC in the role of a provincial political correspondent and rejoined in 2004 in the same role.

Later, Rosemary transferred to the national Parliament Hill bureau in 2007. She has been working in the program ‘Power & Politics’ since she first appeared in 2011. This happened after the dismissal of Evan Solomon in 2015.

Additionally, Rosemary became an interim host of ‘Power & Politics’ and her interview style was praised by her fellow journalists.

Furthermore, she was able to turn heads around after she responded to statements made by then-Minister of Citizenship and Immigration Chris Alexander on ‘Power & Politics’ during the 2015 election campaign.

Chris attempted to deflect a question on the government’s handling of Syrian refugees during a panel discussion.

He blamed the media for not drawing enough attention to the crisis. Rosemary responded and called Alexander’s statements “completely false,”. Eventually, she became the official new permanent host of the show on January 5, 2016.

On November 6, 2017, Rosemary debuted as a co-host of The National, CBC TV’s flagship newscast with Adrienne Arsenault, Andrew Chang, and Ian Hanomansing.

After CBC chose to abolish The National’s four-anchor structure in January 2020, Barton switched to a job as a chief political correspondent.

Rosemary Barton’s current salary is estimated to be around $70k. Furthermore, she has an estimated net worth of around $2 million as of 2022.

Her primary source of income is journalism.

She garnered the Canadian Screen Award for Best Host or Interviewer in a News Information Program or Series in 2016.

Rosemary was a part of recent controversy.  People signed and submitted a petition to the CBC Management.

The petition requested the network to replace Rosemary and her producer and re-establish ‘Power & Politics’.

Additionally, this was after there were complaints that the CBC chose to be biased against the then-new Justin Trudeau administration, attacking him personally on an election promise.

Furthermore, she was accused to have crafted a still moot point into an issue against the Prime Minister by first replaying a clip of one of his election promises to set up her biased onslaught.

Rosemary Barton has a height of 5 feet 6 inches. However, there is no information about her weight and other body measurements. Her eye color is Black and her hair color is brown.